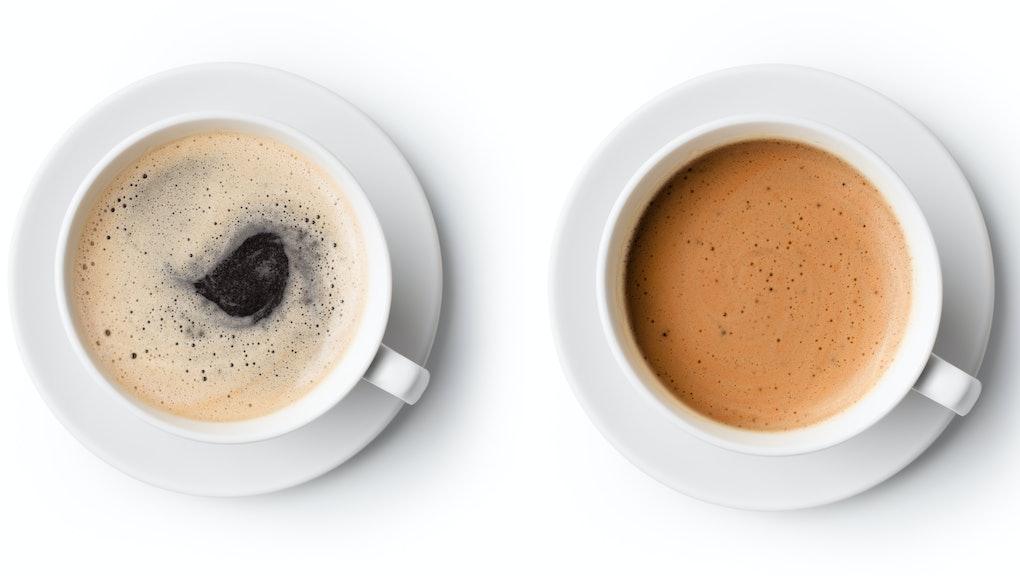 Here’s what you should know about low-acid coffee

More often than not, while running a race, I have vomited close to the finish line. I’ve tried eliminating foods from my typical breakfast-fuel routine to identify the culprit — green apples, Triscuits, raw mushrooms, hard-boiled eggs — but, mercilessly, something will come up and out as I near the end of any race. This little habit doesn’t just add seconds to my final time, it also happens to be gross.

I hadn’t thought to adjust the liquids I was putting in my body pre-run: water is a necessity and coffee’s also a given, considering most races call for a sadistically early wakeup time and caffeine has been shown to enhance performance. Plus, I’m never going to not drink coffee before a race.

But recently, I realized it could be the kind of coffee I’m drinking that leads me to boot-and-rally. Low-acid coffee has been on the market for years, and there are even ways to decrease the acidity in regular home-brewed coffee. But my first time hearing about it was when I got a sample of a product called Trücup. Seeing the words “low-acid” on the label made it all kind of click.

“The caffeine and the acidity [in coffee] can increase gastric discomfort in people that have a sensitive stomach,” Lisa Ganjhu, gastroenterologist and clinical associate professor of medicine at NYU Langone Health said in an email. “Caffeine will relax the lower esophageal sphincter thereby allowing acid to wash up into the esophagus” and “the increase in acidity [can] further irritate the stomach,” she said. Coffee’s caffeine and acidity can be a double threat to weak stomachs, and might explain the vom-a-thon that happens during my runs.

TrüCup achieves a lower acid content through a patented process that uses water and steam, R. J. Selfridge, coffee specialist at TrüCup, said over the phone. “It’s the specific temperature and pressure of the water and steam that targets the harmful acids that leaves everything you want in a cup of coffee in tact: All the body, flavor and caffeine is left behind.” Low-acid coffee typically gets a bad rap for being tasteless, bland or watery, Selfridge said.

I brewed several cups of the coffee at home and couldn’t taste a difference from conventional coffee, save for a lack of bitterness that I appreciated. According to TrüCup’s website, the brand’s light roast, called Born To Be Mild, is “1.7 to 4.6 times less acidic than light roasts from some of the leading national coffee brands,” and its medium and dark roasts are even less acidic.

People with certain medical conditions could potentially benefit from switching to low-acid coffee. Heartburn, chest pain, regurgitation of food or liquid in the back of the throat and chronic cough are common symptoms of gastroesophageal reflux disease, Chris Demetriou, a New York-based gastroenterologist, said in an email. The condition can be exacerbated by coffee’s acidity, he added.

In theory, a low-acid coffee should cause less discomfort to someone with GERD. “The less acid the coffee, the less initial irritation you will experience while drinking,” Demetriou said.

Certain coffees are already lower in acidity: Demetriou said darker roasts naturally contain less caffeine and, compared to a light or medium roast, will cause the stomach to create less acid. Selfridge said that Indonesian coffee is known for its low acidity, too. But as someone who is responsible for formulating Trücup’s blends, Selfridge said maintaining a classic taste was crucial in evolving the product.

While Selfridge was eager to back the greatness of the coffee product, he was careful to make any steadfast medical claims. When asked who would benefit from drinking Trücup, he said “Anybody’s who specifically health-conscious and looking for balanced alkaline levels in their system.” He noted that with products like drinking vinegars and pH-balanced waters, people are becoming more aware of the potential benefits. And while the gastroenterologists I spoke to both agreed that low-acid coffee could benefit someone with a sensitive stomach or a diagnosed stomach condition, neither could vouch for Trücup specifically. They did, however, help me link acidic drinks with exercise.

“During exercise it has been shown, for a number of different reasons, that the tone of the lower esophageal sphincter weakens, which allows acid from the stomach to reflux into the esophagus,” Demetriou said. Ganjhu added that the combination of coffee and running could trigger the reflux of acid and “gastric contents” (that’s vomit), and the bouncing action of running could also be a cause for the upchuck.

It was up to me, then, to take Trücup for a test run. After drinking about two cups of Trücup’s medium roast and eating an apple and a couple of crackers, I went for a 3-mile run. I returned home feeling absolutely fine. No, I didn’t have the pressure of a race or a finish line to dial up my nerves this time, but I didn’t feel any kind of stomach irritation, which is common for me during or after a jog.

Selfridge said low-acid coffee isn’t simply a nursing home staple (for some reason, low-acid products and geriatrics often pair together in consumers’ minds, he said), and I have to agree. Whether it was Trücup’s low-acidity, a placebo effect or a combination of the two, I didn’t puke on my first test run — and I’m hopeful for the same results at my next race.