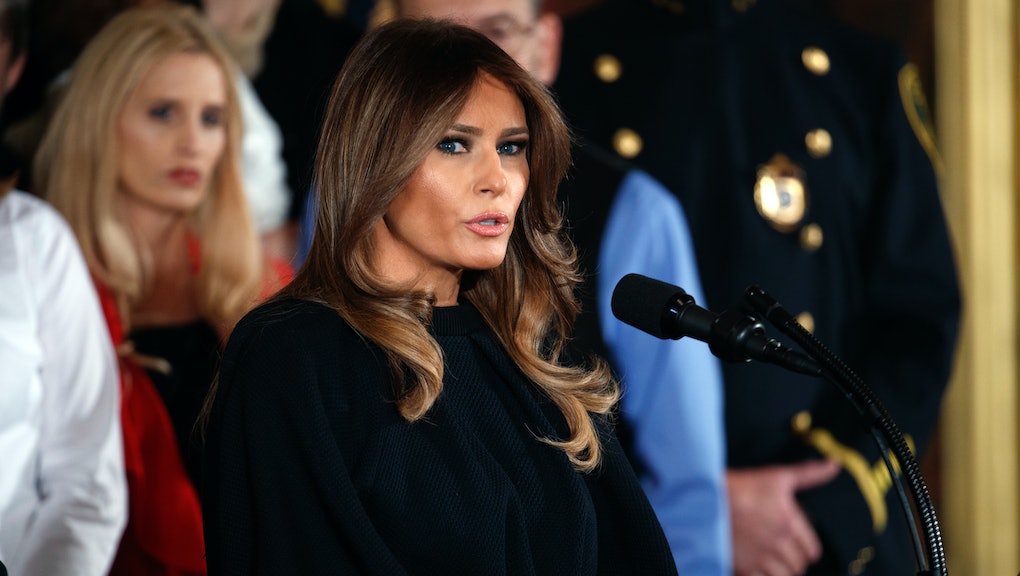 Melania Trump was all about the causes this week.

Starting on Monday, she met with middle schoolers in Michigan in an effort to draw attention to her anti-bullying platform. Then later in the week, at the White House, she gave a speech regarding the opioid crisis in the United States. For both of these appearances, she stuck to a few of her favorite fashion elements.

Monday, Oct. 23: A pink Valentino jacket for meeting with kids

For a visit to Michigan, where she visited a middle school while championing her anti-bullying platform and stopped by a police and fire department, Trump went with one of her favorite colors: pink.

The outfit that day was a bright pink jacket from Valentino with a grey ensemble underneath. The shoes, as you could predicted, were Louboutins.

Thursday, Oct. 26: A voluminous black dress for remarks at the White House

For a speech at the White House on Thursday, in which Trump spoke about the dangers of drug addiction in the United States, she wore a voluminous black dress tied at the waist by Martin Grant, a designer who was born in Australia and is now based in Paris.

Shortly after her speech, her husband formally declared the opioid epidemic a public health emergency.