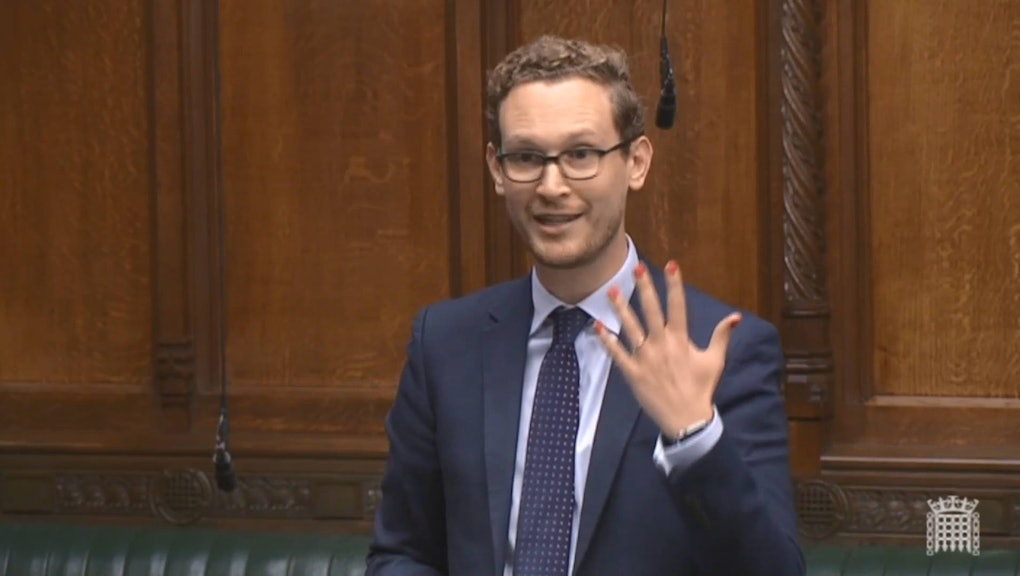 Before taking part in a debate in the House of Commons on Thursday in London, British member of Parliament Darren Jones donned a suit and tie as if it were any other day — but then he painted his nails a bright shade of red.

The red nails, which a few of his fellow members of parliament donned too, are a nod to Unseen, a charity working to end modern slavery. The Let’s Nail It campaign aims to raise awareness around human trafficking (which, it has been reported, occurs in some nail bars in the United Kingdom) via posting pictures of your painted nails with information about how to spot and report concerning activity.

“Modern slavery is a real problem, but it often goes unseen,” Jones wrote in an email to Mic. “The #LetsNailIt campaign highlights that nail bars are one prominent example of enslavement taking place under our noses every day. Clearly this isn’t the case for all nail bars, but the public need to know how to spot the signs so they can tip off the U.K.’s Modern Slavery Hotline.”

Before Jones, the Let’s Nail It campaign was taken on by the Avon and Somerset Constabulary, which had police officers painting their nails in an effort to call attention to human trafficking and its signs. In response to the campaign though, the police department experienced some backlash.

That’s part of the reason Jones painted his nails Thursday. He was supporting the Avon and Somerset police while debating a review of the Modern Slavery Act in Parliament.

“The British press said the police were wasting their time by starting this social media campaign. I think that’s ridiculous,” Jones wrote. “My fellow Members of Parliament in Bristol painted my nails within five minutes (as part of another meeting we were having!) and it didn’t stop me doing my day job. So I was happy to make a scene in the House of Commons to stand in solidarity with them, and to shine a light on this important issue.”

As the day came to a close, Jones admitted that he struggled to take the polish off himself, but eventually, he told Mic, his wife ended up helping him figure it out.