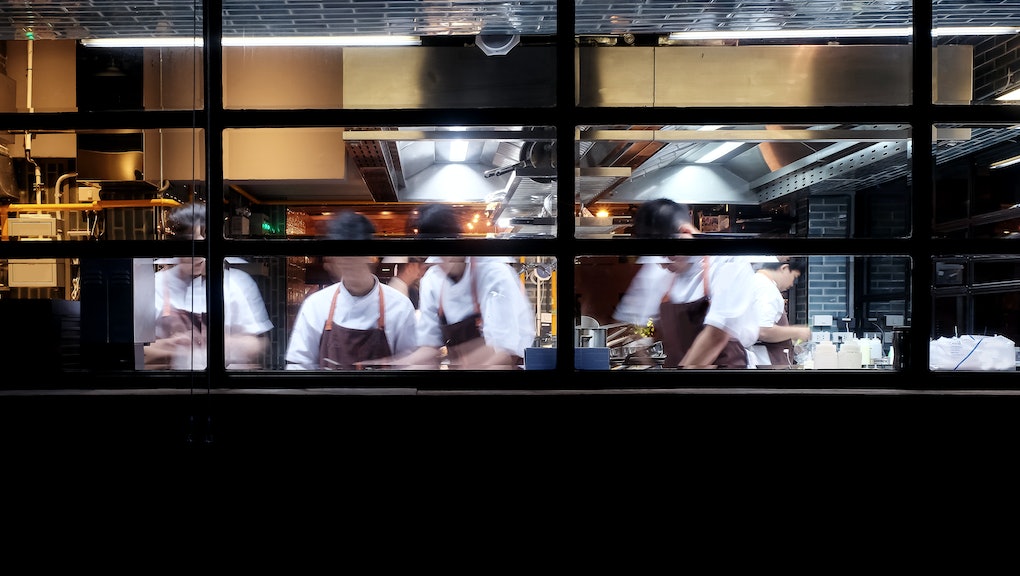 Without HR, it’s impossible for restaurant empires to protect their employees — or their businesses

The news of sexual harassment allegations within the New Orleans-based Besh Restaurant Group has had a ripple effect on the restaurant industry. Founder John Besh has stepped down, and there’s been a critical look at the company’s mismanagement. Despite spanning more than a dozen restaurants and 1,200 employees, the organization had its first director of human resources start on Oct. 11, 10 days before the allegations were published, according to the Times-Picayune.

The Times-Picayune also notes that the Besh Restaurant Group was an anomaly among New Orleans food companies of its size. But according to research and interviews conducted by Mic, the notion of HR in a restaurant group is a relatively new one, and has only been more commonplace in the last few years.

“With the advent of the Affordable Care Act [in 2010], it became clear that somebody needed to manage the enormous amount of paperwork that resulted,” said Elvira Ryder, a director of human resources with more than 30 years of experience working for New York City’s best-known chefs and restaurant groups. Although some major groups have had in-house HR, they were exceptions to the rule. Compliance with ACA meant offering health coverage to all full-time employees, and figuring out a system to tackle this, to companies without HR was a Herculean task. It soon became clear that a dedicated HR person was essential. “Lawsuits are a very expensive teacher,” Ryder said by way of explanation.

At most companies prior to 2010, she said, internal disputes among employees were settled by general managers, chefs or owners — in other words, people with other responsibilities and often those in positions of power.

“It’s a very hierarchical culture and chefs are gods,” she said. “The only answer to a chef is, ‘Yes, chef.’ So how do you create partnership or collaboration with respect in something that’s almost militaristic? It requires someone with great emotional intelligence to be the arbiter.”

Disputes are not necessarily a reflection of a negative or abusive work environment, she added. To a degree, they’re inevitable: “Restaurants are little hot houses. You spend more time at work than you do anywhere else and the people you work with become, by necessity, family. And it’s always amusing to me, because families tend to be very dysfunctional.”

Cynthia Billeaud, the owner of HR consulting group FnBTalents, who launched HR operations for the Alain Ducasse Company and Daniel Boulud’s Dinex Group, echoed this sentiment. “When I think about creating a culture ... it’s about the leaders, and how they behave,” Billeaud said. The owner, chef or chef de cuisine sets the tone for how the rest of the enterprise is expected and allowed to behave — if the person in charge yells and screams, so will the people beneath them. The same goes for sexual harassment, a scenario that especially rings true in light of the Besh allegations.

One cook who spoke to Mic on the condition of anonymity, described his experience working between 2007 and 2014 in the prestigious kitchens of restaurants run by Thomas Keller and Jean-Georges Vongerichten. One place lacked an HR presence of any sort, while the other employed a single person who was never introduced to staff. (At publication time, the two chefs had not responded to requests for comment.)

“Every female cook or chef that I’ve worked with or talked with has experienced sexual harassment.”

“While it was a great learning experience, it was pretty toxic,” the cook said of the first kitchen he worked in. “Lots of people were sleeping with each other, management with cooks and vice versa. There was rampant homophobia, and there was never any channel to discuss any of this with management.” The second kitchen, with the specter of HR, was better, but only modestly so.

“Kitchens have a culture of toughness — you grin and bear it. It’s definitely not a feelings-type of environment.” When someone does behave badly, he said, it’s swept under the rug — especially if that person is high up on the food chain. “There’s a culture of ‘Put your head down and stick to the work, and whatever happens outside that is no one’s concern.’ It’s like omerta ... By complaining, you put a crosshair on your back.”

He found refuge with female cooks on staff, who were often on the receiving end of abuse. “Every female cook or chef that I’ve worked with or talked with has experienced sexual harassment, whether it’s offhand comments about their appearance or inappropriate touching,” he said. “There are varying degrees of heinousness that they’re exposed to.”

Having human resources can help craft a healthy company culture and uphold it. Both Ryder and Billeaud cited the importance of regular weekly to monthly trainings on workplace behavior and maintaining an active presence among staff, not just sitting behind a desk. Billeaud believes an HR employee is an absolute requirement for restaurants that have grown beyond two to three locations, and failing to hire one can have damning consequences. It’s worth noting that human resources departments can have limitations — while they are there to support employees when issues arise, they’re also there to serve the business at large. But the existence of an impartial party that employees know they can speak to is a big step in the right direction.

Hiring a dedicated human resources specialist might be a big financial investment, but it can pay off quickly. Katie Button, the owner and chef behind Heirloom Hospitality Group in Asheville, North Carolina hired an HR specialist in December of last year to help manage her two restaurants, Cúrate and Nightbell. “We have 135 employees now. When we hired our HR person, we had 95 employees, and we were feeling way overwhelmed. I feel like we have gotten so much out of that one hire,” she said. In addition to finding new talent, the HR hire reins in turnover — a perennial problem in the restaurant industry — by helping to craft an environment employees aren’t eager to leave. “In creating systems and policies and standards that an HR person is helping you uphold, I do think it’ll impact your employees’ happiness and their turnover rate. And that’s money,” Button said.

With help from HR, Button’s restaurants are also able to spot staff issues early. She cited a recent incident with a new hire who wasn’t working out. “We were getting complaints from a lot of our front-of-house service,” Button recalled. The new employee was inappropriately flirting, reaching out and touching and making lewd comments. The incidents were relayed to HR, which conducted interviews with involved parties. “It was so strong and serious and definite that we made the decision to let that employee go,” Button said. “We caught it within the first 90 days of employment.”

Several restaurant groups and chefs declined to comment for this story, including NoHo Hospitality, Marcus Samuelsson, Dale Talde, Eric Ripert and April Bloomfield. Of course, that doesn’t necessarily mean their operations fail to employ adequate HR services or condone bad behavior in any way — Union Square Hospitality, a noted champion of workers’ rights and an oft-cited example of an organization doing it right, also deferred comment. But their collective silence does suggest that speaking out on such issues — and even tangentially passing judgement on the bad behavior of a fellow celebrity chef — remains a thorny subject.

Regardless, Ryder and Billeaud anticipate that recent events will only increase interest in their services. “When you’ve been around for awhile, you develop a second sense: You watch people, you watch body language, you watch what they’re saying and what they’re not saying,” Ryder said. “In a way, we’re like the canaries in the coal mine.”