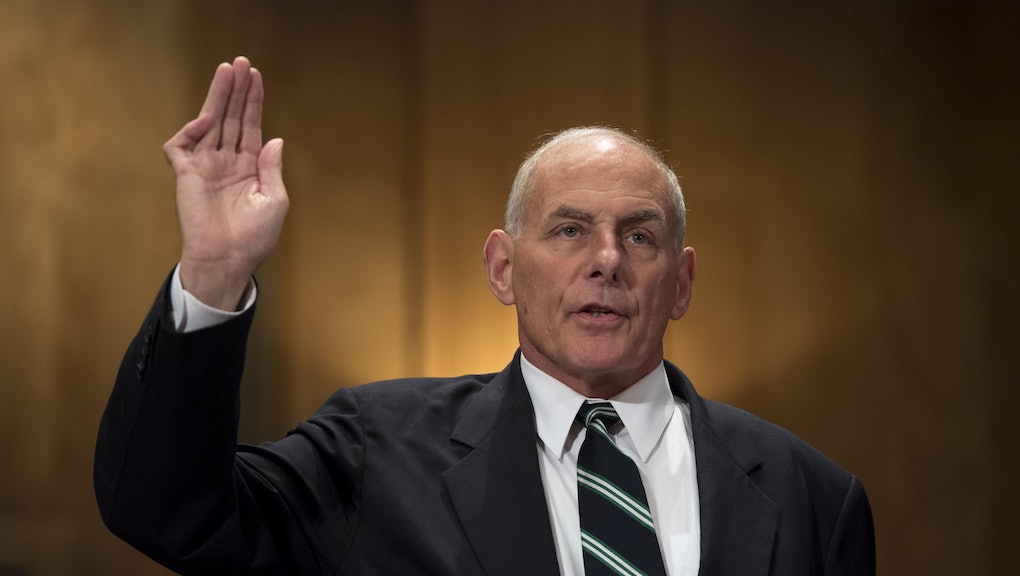 John Kelly is more like Trump than previously thought, and it’s causing the Trump admin problems

White House Chief of Staff John Kelly was supposed to be the calming voice in the chaotic White House — a behind-the-scenes figure able to corral President Donald Trump and save him from his worst instincts.

However, Kelly has taken on a more public role in recent weeks, and each time has caused the Trump administration problems by spewing factually incorrect and offensive remarks.

The controversy surrounding Kelly began Oct. 19, when he fabricated a statement from Rep. Frederica Wilson, and refused to apologize to a Gold Star mother whom Trump offended during a condolence call.

And it continued Monday, when he praised pro-slavery Confederate Gen. Robert E. Lee as an “honorable” man, and suggested that the Civil War could have been prevented if only there had been compromise.

“The lack of an ability to compromise led to the Civil War,” Kelly said in response to a line of questioning about Confederate monuments. “And men and women of good faith on both sides made their stand where their conscience had them make their stand.”

Unable to defend Kelly’s incorrect attacks on Wilson on Oct. 20, Sanders suggested it was “highly inappropriate” to question Kelly because he is a four-star general.

“If you want to go after General Kelly, that is up to you,” she said at a White House press briefing. “If you want to get into a debate with a four-star Marine general, I think that is something highly inappropriate.”

And on Tuesday, Sanders faced questions about what kind of “compromise” Kelly thought could have prevented the Civil War, given the war was largely a product of slavery and the South’s demand that it be able to own and trade African-Americans.

“I don’t know that I’m going to get into debating the Civil War, but I do know that many historians ... agree that a failure to compromise was a cause of the Civil War,” Sanders said about the kind of “compromise” Kelly was talking about.