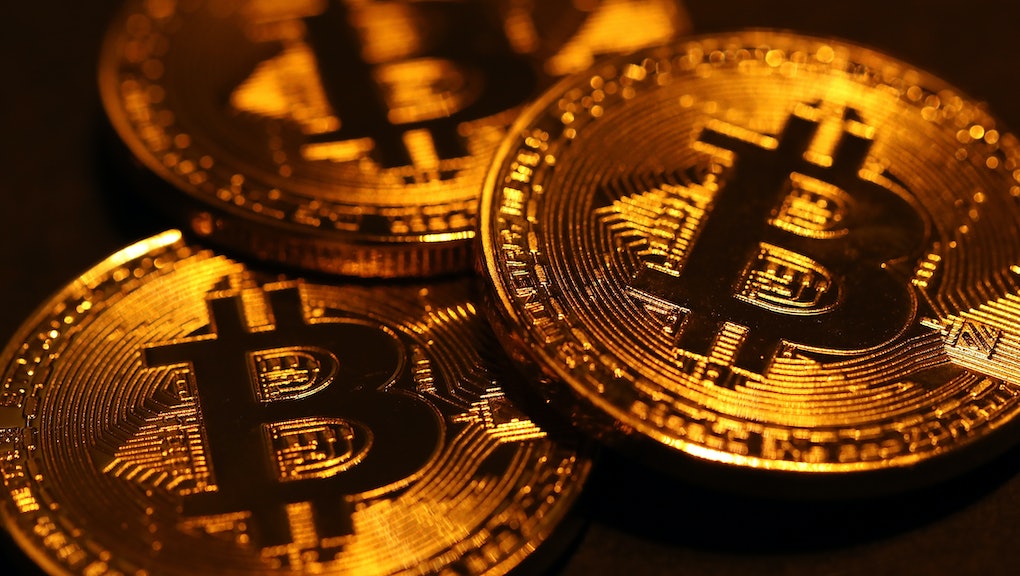 Bitcoin price tops $7,000 USD — is it a buy or in a bubble? Whether to put stock in CME group news

Bitcoin had another pretty good month. After hitting multiple consecutive all-time highs in October, prices for the cryptocurrency topped $6,600 Wednesday morning, according to CoinMarketCap, before continuing to climb throughout the day. Thursday morning, the price hit a new all time of $7,300 per coin, before falling back to a little less than $7,040 as of 9:05 a.m.

Futures are a type of trade where you agree ahead of time to buy or sell a certain asset at a given time or price. They’re popular because you can buy futures with a great deal more leverage — or borrowed money — than you can use to buy traditional stocks and equities. They’re also riskier because you could lose not just your own funds, but the ones for which you’re in debt.

Wall Street banks have been flirting openly with the idea of setting up desks to allow traders to engage in more sophisticated forms of cryptocurrency trading, for example by accommodating futures. Goldman Sachs has also said they are interested in pursuing a trading desk for bitcoin, in part based on client demand. “Bitcoin is going legit” wrote Bloomberg in a story about CME Group’s announcement.

Bitcoin prices started the year at less than $1,000 per coin, according to CoinMarketCap. Their current price puts it at a more than 550% gain for the year. The run has prompted lots of speculation — where people disregard an asset’s underlying value and buy it anyway because they think the price will go up. One Dutch family told CNBC they sold everything, including their home, to bet it all on cryptocurrencies such as bitcoin. It’s helped inspire hundreds of offshoot digital currencies like ether and bitcoin cash.

Is there a bitcoin bubble?

For Wall Street to begin buying and selling bitcoin would be a pretty big deal, because it would bring in a lot more money from big institutional investors.

It means that professionals can buy and sell bitcoin without having to use the more traditional bitcoin exchanges like Coinbase, which launched in 2012 and was recently the subject of a federal probe from the Commodity Futures Trading Commission.

Almost half of the bitcoin exchanges that launched since 2009 have gone bust, as Bloomberg notes. CME Group’s desk still needs to be approved by regulators, but if they get approval it would pave the way for bitcoin to become much less volatile and much more mainstream.

Skepticism is still running high over the stability of bitcoin pricing and the staying power of the cryptocurrency in general. For Wall Street’s part, the most outspoken critic is J.P. Morgan CEO Jamie Dimon, who has in the past called bitcoin a “fraud” and said that any of his employees that buy it should be fired for being “stupid.”

He predicts the price will eventually collapse, as does Robert Shiller, the Nobel prize-winning economist whose research has often focused on asset bubbles. After all, if regulators could put the kibosh on CME’s future trading desk, it would likely dampen the rest of Wall Street’s appetite for investing in cryptocurrency operations.

A final thing to think about? As Paul Donovan, a chief economist at UBS pointed out to CNBC, futures contracts have an interesting historical tie to bubbles.

According to Donovan futures contracts were also introduced into tulip trading during the 1636 Dutch tulip bubble, a period during the 1630s when the Dutch upper class frantically traded tulip prices up to fantastically high prices. Though the bubble burst may not have been as ruinous as some mythologized accounts suggest, the market did crash about a year after futures trading was first introduced.