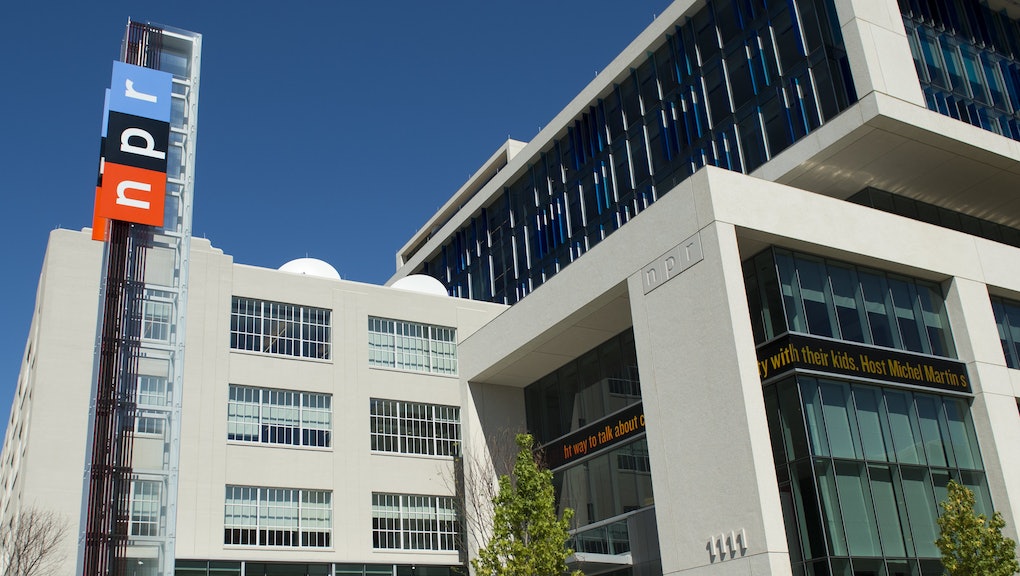 This week’s abrupt resignation of Michael Oreskes, NPR’s senior vice president of news, over sexual harassment allegations has shaken the broadcaster’s Washington newsroom. Some women who work there are so infuriated by the company’s handling of the matter that they plan to send a letter to management demanding an explanation as to why it took years for action, two people who work at the broadcaster told Mic.

The letter to management is being co-written by a coalition of women staffers to raise questions about how the company handles sexual harassment claims, and why it took so long for the company to demand the resignation of Oreskes.

NPR announced Wednesday that Oreskes, who had been at the company since 2015, had resigned in the wake of reports that he sexually harassed women both at NPR and at a previous job at the New York Times. Since the resignation, NPR’s media correspondent, David Folkenflik, has reported that the broadcaster was made aware of complaints as early as 2015, and heard about more complaints in 2016. According to Folkenflik’s reporting, NPR did not take action other than hold a conversation with Oreskes about the matter, because the allegations did not involve behavior at NPR.

The reports that NPR knew about allegations of misconduct, but that Oreskes remained at the company until this week, have rubbed many employees the wrong way. One staffer told Mic some of her colleagues suspect NPR only asked Oreskes to resign because of public pressure, while others believe the company failed to protect female employees by not acting sooner.

“Given the timeline that Folkenflik has outlined, there is a lot of frustration and anger, especially among women in the newsroom, and a lot of unanswered questions,” another NPR employee told Mic.

One person at the company told Mic that there were also concerns that NPR’s process of handling harassment complaints was wholly inadequate. The letter, which a staffer said is not yet finalized, will likely be sent Thursday; it will ask for an explanation of how the company handles sexual harassment claims and request a rundown of what went wrong in the case of allegations made against Oreskes.

According to that person, most of the women in the newsroom are “furious.”

The frustration among staffers was evident in a tense interview between NPR CEO Jarl Mohn and NPR national security correspondent Mary Louise Kelly, which aired on NPR’s “All Things Considered” program Wednesday afternoon.

Kelly’s interview with Mohn, which aired Wednesday afternoon, had been recorded about an hour earlier, and the interview engrossed much of the newsroom, a source told Mic. The listening room outside of the studio where the interview was recorded, according to NPR reporter Laurel Wamsley, was packed.

In the interview, Kelly grilled Mohn about keeping Oreskes at NPR despite knowing of several instances of his past sexual harassment and misconduct.

“Did it cross your mind that leaving Mike in his position would put [female employees at NPR] at risk?” Kelly asked Mohn in the interview.

Mohn defended the company’s decision and said that NPR had put out a call for information about inappropriate behavior after hearing about Oreskes’ behavior toward two women while at the Times. That information, Mohn said, did not come forward until other public reports prompted people to speak up.

“We can’t act on [rumors and gossip,]” Mohn said of NPR’s process of handling sexual harassment allegations. “We have to act on facts.”

In a memo viewed by Mic that was sent to staff Wednesday morning about Oreskes’ resignation, Mohn denied that NPR only acted in response to the public reports.

“Some have asked me if it took published news reports for us to take action,” Mohn wrote in the memo. “The answer is that it did not. We have been acting. Some of the steps were visible and others weren’t. We have a process in place and we followed that process.”

For some employees, the memo felt like a slap to the face. One described the memo as “flippant, to put it mildly.”

Some employees were also frustrated by the fact that the news was broken by the Washington Post and by the Associated Press instead of by an NPR reporter, a staffer said. Others were frustrated that management did not inform them of the news before those stories broke publicly. According to one staffer, many in the newsroom were shocked to learn first of Oreskes’ resignation from an AP alert, instead of from management.

Oreskes’ resignation has made some employees consider NPR’s company culture and what has to change.

“It’s good to get rid of the bad apples, but that doesn’t do anything to change these sort of issues that allowed for this behavior to continue uninterrupted for so long,” one person said.

“I hate to use this term, but it was sort of an open secret,” that person added. “Certainly among women.”