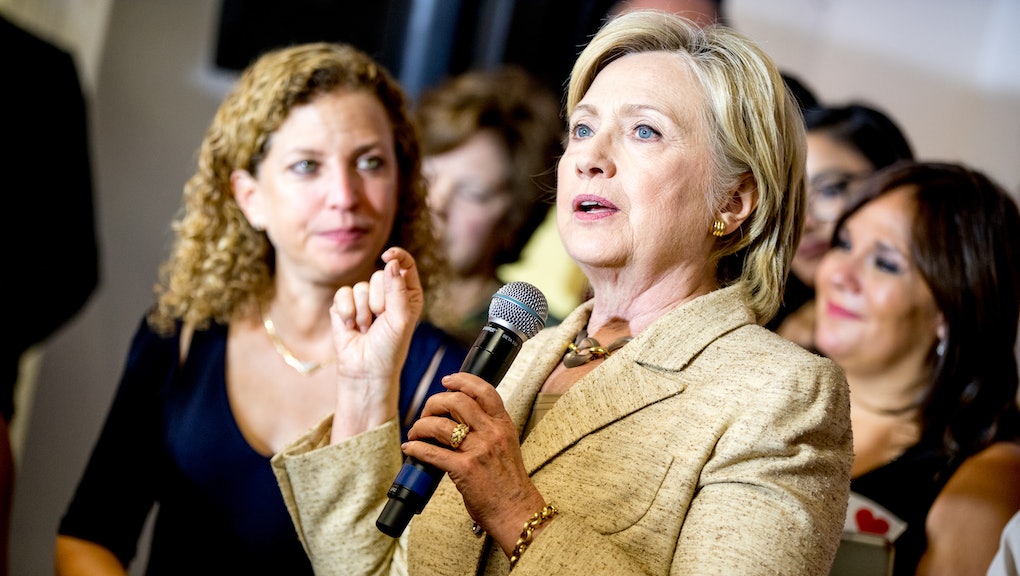 On Thursday, Politico published a scathing excerpt from former interim Democratic National Committee chair Donna Brazile’s forthcoming book about how the Clinton campaign had quietly controlled the DNC through its disastrous finances.

The piece came as a shock to many Democrats and progressives who had previously understood Brazile to be part of a cabal within the DNC pushing the institution to favor Clinton.

But for those who have followed DNC and its somewhat opaque operations closely, Brazile’s account only confirmed what critics inside the DNC have been saying for years — that the party operates like a fiefdom, and even its members don’t know what is going on most of the time.

Brazile’s account begins at the moment she took over as DNC chair, following the resignation of former DNC chair Debbie Wasserman-Schultz over allegations that she had used her position to favor Hillary Clinton over Bernie Sanders during the Democratic presidential primary.

In the book, Brazile, who had been a member of the DNC prior to filling in as chair, describes being shocked to learn that the DNC was essentially broke. She recalls a conversation with Clinton campaign treasurer Gary Gensler who in which he informed her that that the organization she’d been tapped to run was strapped for cash.

He wasted no words. He told me the Democratic Party was broke and $2 million in debt.

“What?” I screamed. “I am an officer of the party and they’ve been telling us everything is fine and they were raising money with no problems.”

Brazile went on to describe learning how her predecessor had squandered all the DNC’s cash. Schultz had been paying high-priced Washington consultants even in years where there weren’t any national elections.

Following the release of Brazile’s story, the DNC fired its top fundraiser but kept her on as consultant.

Through joint fundraising agreements, Schultz had essentially allowed the Clinton campaign to run the DNC, control its finances and give the party a small allowance while using most of the cash for what became an ill-fated presidential campaign.

The outrage Brazile experienced learning that a body she had been part of for years had been keeping its dealings secret from her is palpable.

But the issue was hardly new. In fact, some senior members of the committee had been complaining for years that the the DNC regularly violated its own bylaws to keep its financial decisions a secret.

James Zogby, a longtime member of the DNC and a Sanders ally, had been trying to warn people about the DNC’s opaque operations for years, while also trying to reform the institution to make it more accountable.

“This is something that I knew about and one of the reasons I was pushing for transparency,” Zogby told Mic on Thursday.

In October, Mic spoke with several members of the Democratic Unity and Reform Committee, a group of DNC members and other party officials that had been tasked with reforming the DNC in the wake of the tumultuous 2016 primary.

Multiple members of the URC, including Zogby, told Mic that they had repeatedly tried to change the way that the DNC followed its own bylaws around transparency and control of the party finances. Their reforms focused on many of the same issues that Brazile had when she took office: the secret budgeting process that allowed the chair total control of DNC finances, the outsized role of expensive consultants, and the funneling of money away from beleaguered state parties and into the coffers of presidential campaigns.

But members claimed that they were punished for even bringing up the issue.

Zogby had been member of the DNC for 25 years and spent 16 of those years on the DNC’s executive committee. He claims that in his entire time on the DNC he had never once been shown a budget, despite repeated requests.

He recalled being outraged the day he learned from a Washington Post report that the DNC chair had, without consulting him or the DNC executive committee, entered into a fundraising agreement with the Clinton campaign that essentially allowed them to control DNC finances. Shortly after Zogby began proposing changes, he was demoted and removed from executive committee.

In a previous interview Zogby told Mic that if a party operated this way in a third-world country “we would call it corruption.”

Other members of the URC gave Mic similar accounts of their attempts to change the DNC, arguing that party members loyal to the new chair Tom Perez were quietly trying to kill reform measures.

They claimed that the party was poised to continue the same practices that had led to so much tumult and infighting during the 2016 campaign. But all of them remained committed to trying to push through changes to make the DNC a more accountable institution for future generations of Democrats.

“The issue of transparency and accountability are crucial, if you’re going to be a governing institution,” Zogby said. “If we don’t make the change now, then the party is doomed.”