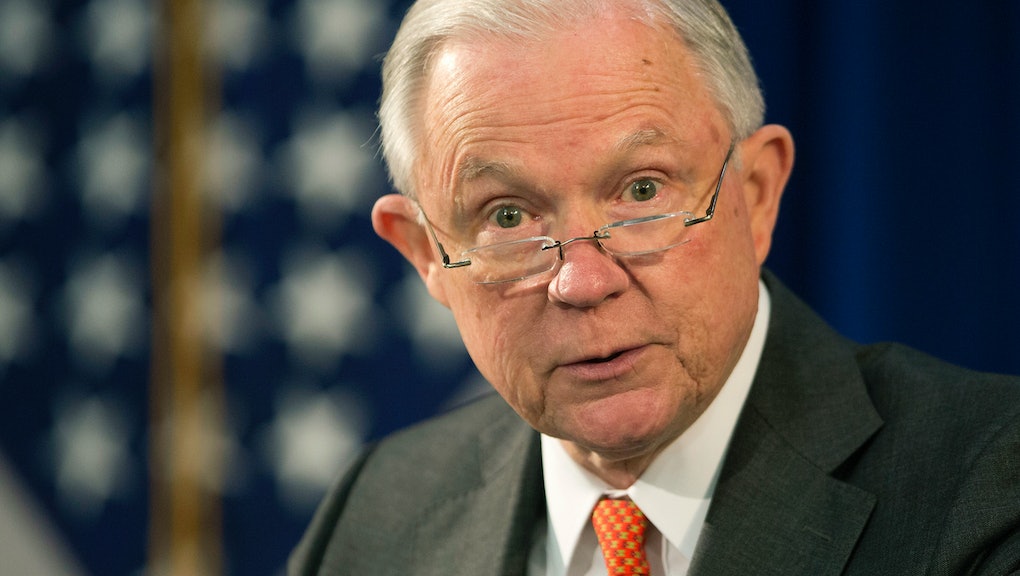 At an appearance in New York City in the wake of a Tuesday terror attack that left eight dead and 11 injured in lower Manhattan, United States Attorney General Jeff Sessions doubled down on President Donald Trump’s decision to pressure Congress to end the green-card lottery program, extolling the virtues of a merit-based visa system that immigration activists have decried as xenophobic and racist.

“The president’s immigration plan would switch us to a merit-based immigration system,” Sessions said. “He would abolish the diversity visa lottery and replace it with a points-based system... We don’t use random chance in college admissions and we don’t roll a die to hire people. By the same token, a lottery tells us nothing about who would thrive in this country.”

Sessions used the opportunity to echo Trump’s praise for the Reforming American Immigration for Strong Employment Act, a bill introduced by Republican Sen. Tom Cotton of Arkansa and co-sponsored by Republican Sen. David Perdue of Georgia. That bill seeks to halve the number of green cards issued each year, cap the number of refugees offered permanent residency in the U.S. to 50,000 annually and end the visa lottery system.

“A bill to switch to a merit-based system has been introduced in Congress by Sens. Tom Cotton and David Perdue,” Sessions said. “It’s called the RAISE Act. It’s time to end the diversity lottery in favor of a rational, merit-based system.”

In the immediate aftermath of the New York City vehicular attack, the right was quick to blame the diversity visa lottery program for allowing the alleged driver of the vehicle to legally immigrate to the U.S. Though the bill that created the program passed through Congress with significant bipartisan support and was signed into law by former Republican President George H. W. Bush, conservatives were quick to lay blame squarely on Senate Minority Leader Chuck Schumer and the Democratic party.

Heidi Beirich, intelligence project director for the Southern Poverty Law Center, blasted the RAISE Act for its “stealth attack on our immigration system that would begin to unravel the reforms of 52 years ago, when Congress discarded a racist quota system that discriminated against people who weren’t white and northern European.”