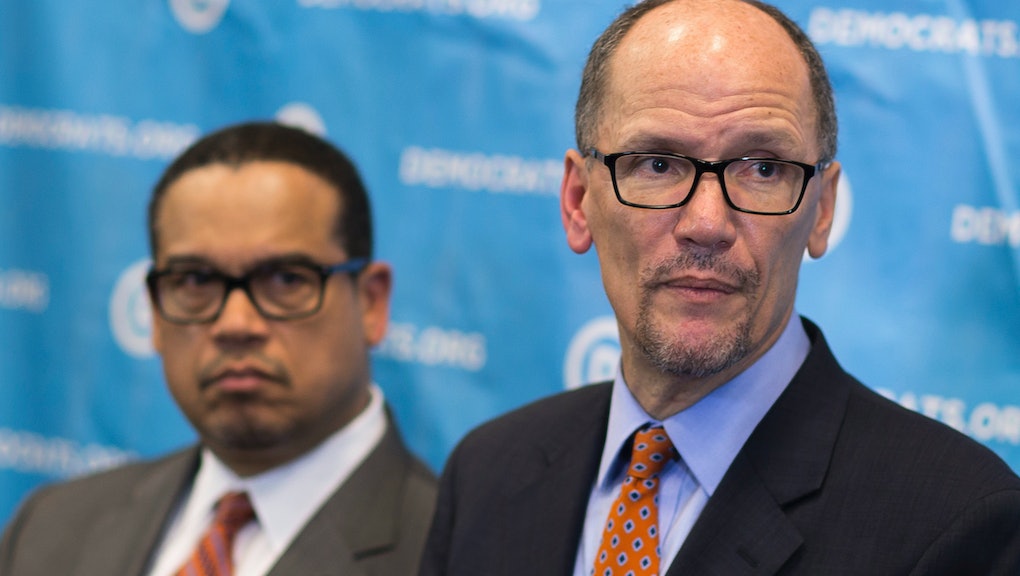 In a week in which Washington’s Democratic opposition should have been focused on the GOP’s new tax plan and the first indictments of the Trump-Russia investigation, Democrats were haunted, once again, by the specter of their 2016 presidential primary.

And now progressives are calling on the Democratic Party to get it’s act together before the next election cycle.

“When it comes to the DNC, the question for them is, will they be a relevant actor in 2018 and 2020?’” said Adam Green, co-founder of the group Progressive Change Campaign Committee (PCCC). For progressives like Green, the focus is not on re-litigating the 2016 primary, but on fixing the party’s problems — both structural and image issues — through strong institutional reform.

While the attention being paid to the DNC’s problem’s may be new, the push for real reform isn’t. Several members of the Democratic Unity and Reform Commission, a group of Democrats appointed by the former Sanders and Clinton campaigns to resolve issues from the primary, have been pushing to change many of the DNC issues that Brazile raised.

Now progressives are rallying around that commission as the best way to make meaningful changes to the party.

“There’s already a mechanism in place for reforming the DNC and that’s the Unity and Reform Commission.” said Mark Longabaugh, who was the Sanders campaign’s point-person with the DNC. “Donna’s revelation didn’t tell us anything we didn’t already know ... the real issue for Democrats is ‘How do we move forward here?’”

Mic has reported on how those efforts have quietly stalled as reformers say their ideas are being resisted by the DNC leadership. Reforms on issues like budget transparency, state party funding and the role of high-priced consultants have been proposed by a group of reformers who claim their work is being undermined.

Nomiki Konst, a correspondent for the progressive online network The Young Turks, and a member of the Unity and Reform Commission pushing for changes at the DNC, said she sees the Brazile revelations as a wake-up call for Democrats who care about the future of the party.

“[The DNC] has the potential to be very powerful and influential and helpful,” Konst said. “There’s a point when we have to [ask] ourselves, ‘Who’s willing to dispense with this model when it’s clearly flawed?’”

Konst is among those reformers claiming that their efforts are being blocked by members of the Democratic Party who have an interest in maintaining the status quo.

Others have alleged similar pushback. Longtime DNC member James Zogby has implied that he was demoted from a top position at the DNC as retribution for his support for reforming the institution. Representatives for the DNC have denied that that was the reason for his demotion.

“They’ve just got to get their act together,” Green said. “If they checkmate themselves into being seen as part of the establishment ... by stymieing real reforms that show that they want to do something differently, well then they will just be cast to the side as irrelevant actors.”

But reformers like Konst and Zogby now have the support of progressive groups like the PCCC and feel that the wind may now be at their backs.

“The Unity Reform Commission will be a moment of truth for the DNC,” Green said. “And will basically call to question on whether they will instill trust from the many people that they need to be relevant at all.”