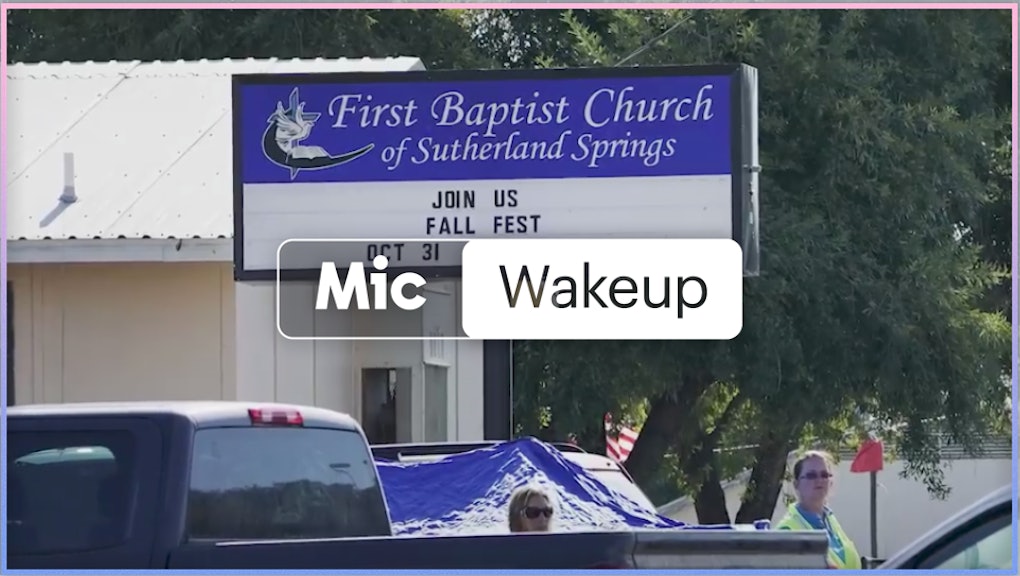 Here are three stories to start your day on Monday, Nov. 6.

On Sunday, a gunman entered a church in Sutherland Springs, Texas, and killed at least 25 people. The alleged gunman has been identified as 26-year-old Devin Patrick Kelley — not Sam Hyde. The motive for the shooting is not immediately known.

NBC News reported Sunday that special counsel Robert Mueller reportedly has enough evidence to bring charges against former national security adviser Michael Flynn and his son, Mike Flynn Jr. The charging of the elder Flynn would mark the first member of Trump’s administration ensnared by the probe. Here’s everything we know.