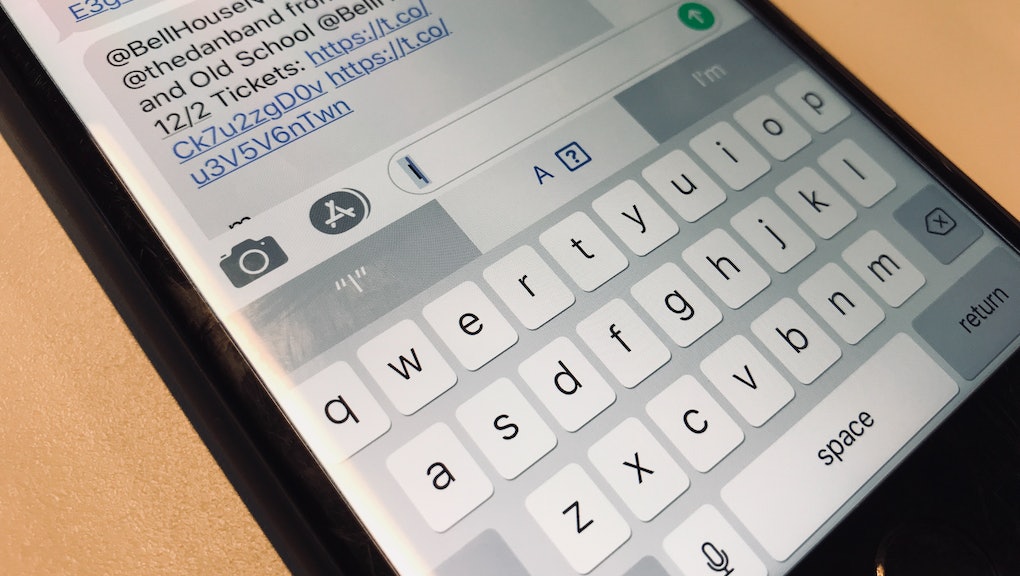 An iPhone “i” bug is afflicting Twitter threads and iMessage conversations everywhere, thanks to an iOS 11 autocorrect error. In Apple’s latest software, typing the letter “i,” when uppercased, changes weirdly into “A?” or “#?” on Apple’s mobile devices.

Here’s the very same tweet when viewed on an iPhone with iOS 11. (We used an iPhone 7 Plus, for what it’s worth.)

In our testing, the “i” changes as you’re typing in the body of your text or email. The same happens in others apps besides Twitter, like Messages, Mail Snapchat and more. Here it is in the Gmail app.

iPhone “i” bug: How to correct autocorrect’s behavior in iOS 11

Apple has yet to release an official update addressing the keyboard bug in iOS 11, but it does recommend a hack you can use in the meantime. According to its support page, you can add the letter “I” to your autocorrect’s dictionary via Settings > General > Keyboard > Text Replacement. Here you can add the uppercase “I” in the Phrase field and lowercase “i” in the Shortcut field.

If you’re too lazy to venture into your iPhone’s settings, @ryepastrami on Twitter brings another solution. You can address iOS 11’s bug by enabling the Quick Type suggestions (those three boxes with words that appear as you’re typing). When you type the letter “I,” before hitting Space, tap the “I” that appears in the box. This ensures that the “I” you type appears properly. We tested the trick here.

“I” problem solved. Welcome back to being self-centered.