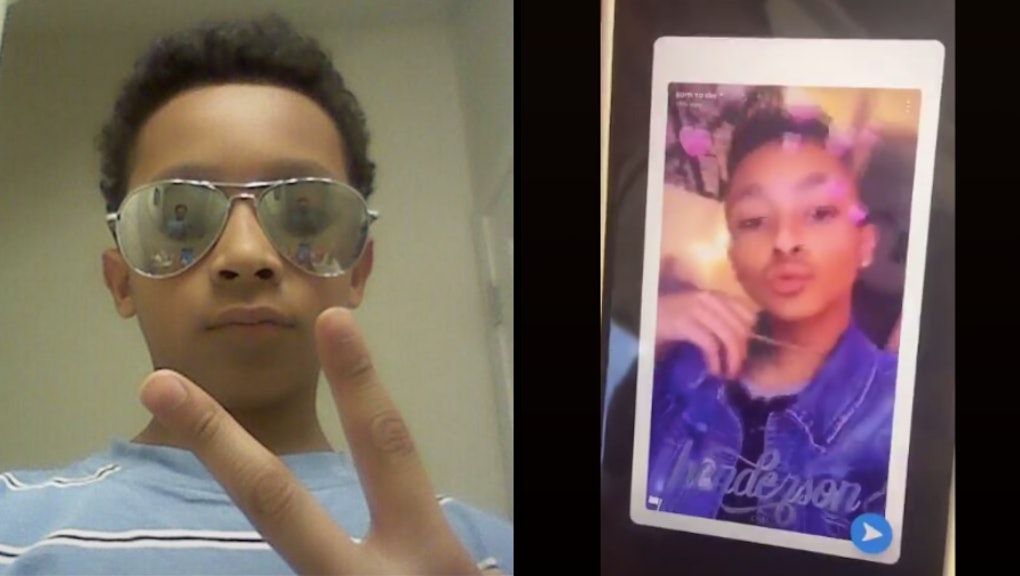 14-year-old allegedly killed by his own father was gay, former caretaker says

Fourteen-year-old Giovanni Melton was fatally shot Thursday in Henderson, Nevada, local outlet KTNV reported Friday. Melton was allegedly killed by his own father, according to Henderson police, and a woman who said she considered herself Melton’s “foster mother” told KTNV that Melton’s father didn’t like the fact his son was gay.

Henderson police responded to an apartment complex Thursday and found Giovanni shot. He was transported to a nearby hospital and later died. His father, 53-year-old Wendell Melton, was arrested the same day, charged with his son’s murder along with child abuse and “prohibited person possessing a firearm,” KNTV reported.

Sonja Jones, who said she took in Giovanni and his older brother when they were kicked out of their home, said the brothers told her their father once “pulled a gun” on Giovanni after finding the 14-year-old with a boyfriend.

Speaking to KSNV — another local outlet — Friday, Jones said Wendell Melton “hated the fact that his son was gay ... I’m sure that inside of his mind, he would rather have a dead son than a gay son.”

According to “family members,” Giovanni lived by himself in the apartment where he was fatally shot, KSNV reported. “Giovanni was abused physically and mentally and spiritually for many, many years,” Jones told the outlet.

In a phone call to Mic on Monday, Henderson Police Department Public Information Officer Scott Williams confirmed that Giovanni was living alone in the apartment where he was fatally shot, but said he couldn’t confirm that the teen’s death was related to his sexual orientation. Williams also said that investigators had been in touch with Giovanni’s biological mother, who did not live with him.

Giovanni was a student at Coronado High School. At a memorial Sunday night, friends and family said they were shocked at his killing and described him as “goofy and funny,” someone who could “make anybody laugh.”

Young people who identify as LGBTQ are at risk for rejection by their families as a result of their sexual orientation or gender identity. A 2015 report from the True Colors Fund in partnership with the Williams Institute at the University of California, Los Angeles, School of Law found that LGBTQ youth made up a disproportionately large percentage of homeless youth in the U.S. Of those homeless LGBTQ youth, 75% had experienced family rejection and 60% had experienced physical, emotional or sexual abuse.