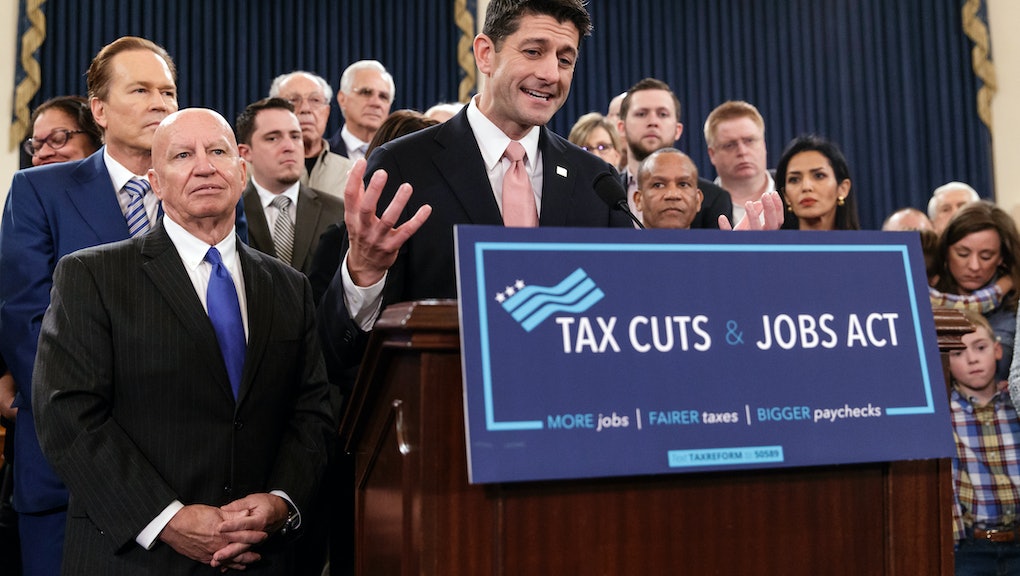 The nonpartisan Tax Policy Center retracted an analysis on the House Republican tax plan, after the group said it found an error in the model it used to evaluate the proposal.

“TPC staff found an error in the preliminary distributional analysis of the Tax Cut and Jobs Act that we released today. This error involved the additional child tax credit component of the proposed legislation,” TPC said in a statement, according to the Washington Post.

The group said it will release a corrected report as soon as its finished.

The TPC’s now-retracted report found that middle-class families would eventually see tax increases under the proposal.

The retracted report threatened throw a wrench into the party’s push for tax reform, as House Republicans have said helping cut taxes for the middle class is a major goal of their legislation.

House Republicans began the process of amending the legislation Monday, while Senate Republicans are planning to release their own plan in the next few days.

However, any changes to the bill may increase its price tag, which could make the legislation subject to a Senate filibuster. And since Democrats have been united in their opposition to a bill that raises taxes on the middle class while cutting them for the richest Americans, a filibuster would likely sink the legislation.