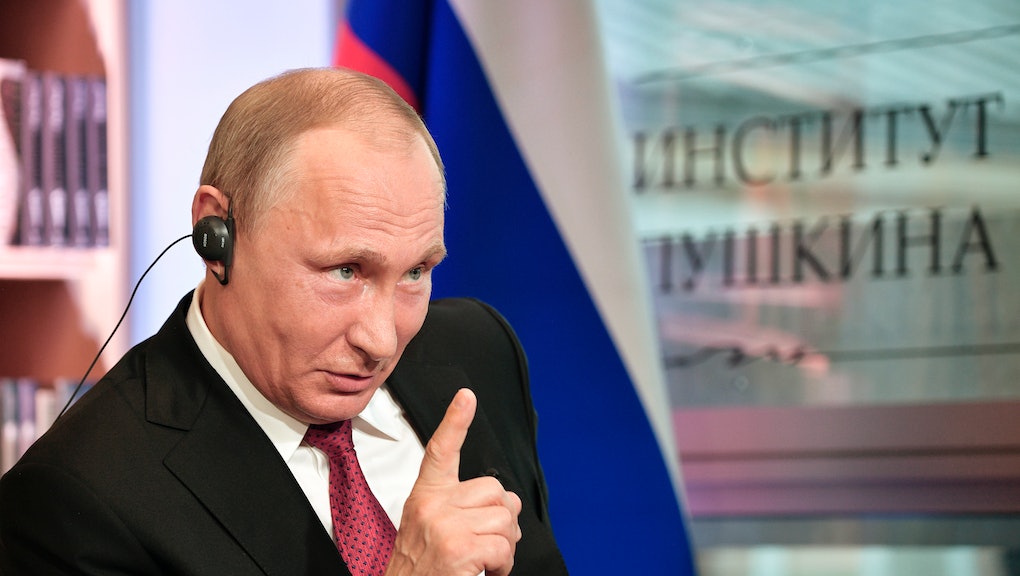 A year after Trump’s election, the GOP has done little to address the Russian election meddling

It’s been a year since the 2016 presidential election, which investigators concluded the Russians sought to influence by hacking and releasing stolen Democratic emails and waging a disinformation campaign on social media.

Yet senior law enforcement officers, intelligence community officials and Democratic lawmakers alike say little has been done to address the Russian cyberattacks or prevent the country from attempting those same kind of attacks again.

“Unfortunately, we’re hardly safer now from Russian interference in our elections than we were last year,” Rep. Eric Swalwell (D-Calif.), a member of the House Intelligence Committee that’s investigating the Russian meddling and President Donald Trump’s campaign’s alleged involvement, said in a statement. “We’re still struggling to expose the breadth of Russia’s meddling, and our lack of unity lets Russia sharpen its knives as our midterm elections approach.”

Democrats have been sounding the alarm about Russia’s interference since the height of the 2016 election, after which the U.S. intelligence community said it was “confident” Russia was behind the hack and release of emails from both the Democratic National Committee and Hillary Clinton’s campaign staff.

It’s also been revealed Russia spent thousands of dollars on Facebook advertising in an attempt to gin up partisan discord and influence voters.

“The experience in the 2016 elections allowed us to diagnose the problem. Have we cured it yet? Absolutely not.”

But Trump has sought to cast doubt on those conclusions, saying Democrats were using the Russian hacking as an excuse for why they lost.

Democratic lawmakers are frustrated by how the cyberattacks have been turned into a partisan issue, rather than an opportunity to have a nationwide consensus that a foreign power interfering in a U.S. election is something that needs to be combatted.

“The U.S. government has thus far proven incapable of adapting to meet this 21st-century challenge,” Sen. Mark Warner (D-Va.), vice chair of the Senate Select Committee on Intelligence, which is conducting a separate Russia investigation, said.

Warner said the effort to tackle the Russian threat is due to a “lack of leadership at the top.”

“We have a president who remains unwilling to acknowledge the threat that Russia poses to our democracy,” Warner said. “And that’s a problem, because we have elections just around the corner and we need to do be doing more to proactively protect the security and integrity of our democratic process.”

Some lawmakers, including Warner, are taking matters into their own hands. The Virginia senator introduced the Honest Ads Act, a bill that would force Facebook and Twitter advertisers to disclose who they are.

“We’re simply asking the companies to make a reasonable attempt so that if that ad is being paid for by a foreign agent, that they will try to reveal that foreign agent since that’s already against the law for a foreign government to interfere in American elections,” Warner told NPR about his proposed legislation.

Swalwell introduced the Protecting Our Democracy Act, which would create a bipartisan commission to investigate Russia’s attempts to interfere in the 2016 election.

“I still believe we need to depoliticize this in order to fully understand what happened and keep it from happening again,” Swalwell said. “My H.R. 356, the Protecting Our Democracy Act — to create an independent, bipartisan-appointed commission on the issue — is cosponsored by all House Democrats and two Republicans, Walter Jones and Justin Amash.

“We need more Republicans to put country over party.”