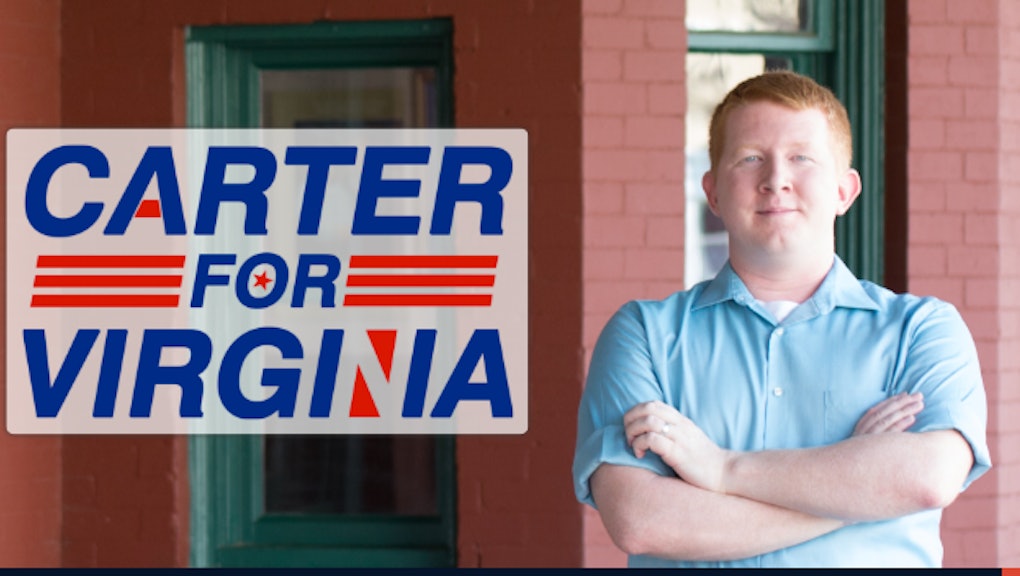 Lee Carter, a Democratic Socialist candidate for the Virginia House of Delegates, who was largely written off by the Democratic Party, has just won his election in the state’s 50th district.

Carter, an IT specialist and veteran, defeated incumbent Republican delegate and House Majority Whip Jackson Miller by around 10 percentage points, in an election many thought was an easy race for the GOP candidate.

Carter is a member of Democratic Socialists of America, a movement of leftist Americans that has seen precipitous growth since the 2016 election.

Republican groups had sent red-baiting mailers attacking Carter by attempting to tie him to Socialist dictators like Mao and Stalin.

But the local chapters of DSA helped organize a grassroots effort to sweep Carter into office, and it appears to have paid off.