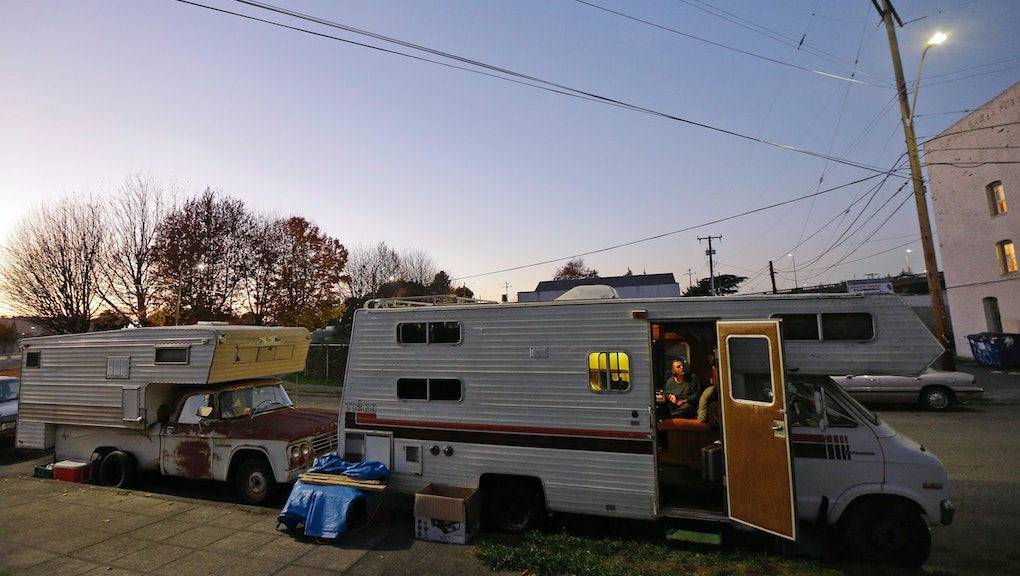 The latest Forbes 400 list, which came out in October, was an eye-opener as to how much America’s billionaires are currently worth. Now a newly released analysis by the Institute for Policy Studies, a progressive think tank, has taken a microscope to those figures to show how wide the wealth gap is between the uber-rich and the average American.

To do so, the Institute compared the fortunes of the nation’s 400 wealthiest people to those of a typical American using data from the Federal Reserve’s 2016 Survey of Consumer Finances.

“Wealth inequality is on the rise,” Chuck Collins, co-author of the report, said in a press release. “Now is the time for actions that reduce inequality, not tax cuts for the very wealthy.” Collins is likely referring to a proposed Republican tax plan — which, despite doubling the standard deduction, could result in the biggest tax breaks for the 1%, while potentially actually raising taxes on certain middle income earners, particularly over the longer term.

Criticized as a return to the “trickle down” economics of the 1980s, the Republican tax plan also “exacerbates what has become an increasingly dire trend for poor and low-income families and for black and Hispanic Americans,” wrote Camille Busette, a senior fellow at the Brookings Institute.

Here are some of the key numbers from the Institute report that show the growing wealth gap between rich and poor Americans:

3: The number of Americans who hold more wealth than half the U.S.

The three richest people in the United States — Bill Gates, Jeff Bezos and Warren Buffett — have more wealth than the entire bottom half of the American population combined, a total of 160 million people.

$1 trillion: The wealth of the 25 richest Americans

The top 25 billionaires in the U.S. are worth $1 trillion combined — the same as 56% of the population, a total of 178 million people.

One in five U.S households have a zero or negative net worth — meaning they are in debt.

30%: The percentage of black households with a net worth of zero or less

More than 30% of black households and 27% of Latino households have zero or negative net worth, versus 14% of white households.

35: The multiple by which a median white family is wealthier than a black one

What can the U.S. do to combat widening inequality? To shrink income gaps, the Institute proposes tax increases for the wealthy, which could be used on programs to create wealth-building opportunities for those who have little or no capital of their own. The group also advocates for employee ownership and matching savings programs.