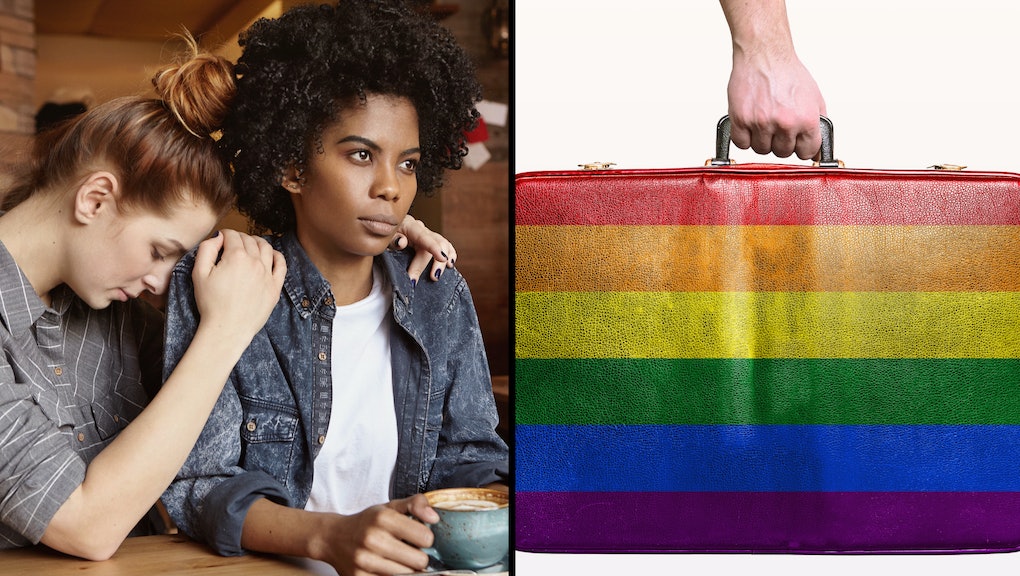 It’s true: Legal protections have increased measurably over the last decade for LGBTQ communities across the United States — most clearly with a 2015 Supreme Court decision that effectively legalized same-sex marriage. And yet, in many places it’s still possible for LGBTQ people to be, as the oft-repeated phrase goes, married on Sunday, fired on Monday.

Indeed, whether or not you’re married, navigating the already-tricky obstacle course of a career often comes with additional hurdles if you are gay, transgender or gender nonconforming: 28 states still lack protections against workplace discrimination based on sexual orientation, and research suggests nearly 1 in 10 workers have left jobs because of unwelcoming cultures.

“When it comes to employment, fundamentally, LGBTQ Americans are not on an even playing field,” Deena Fidas, director of the Workplace Equality Program at the Human Rights Campaign, said in a phone interview.

Crucially, new data suggest the barriers LGBTQ workers face — whether from bias, structural inequality, or other hurdles — have tangible consequences: There are quantifiable gaps in employment rates and pay based on sexuality. And for LGBTQ women or people of color, income and employment challenges may widen already large wage gaps driven by gender or race.

Here are three key ways LGBTQ workers face hidden financial and career costs — disproportionate to those borne by other Americans.

While 9% of the general population of working-age Americans was unemployed between March and October of 2017, among LGBTQ Americans, that number was 13% — and among trans and nonbinary Americans it was 16%, the report found. Led by CivicScience, a consumer analytics company, the survey polled more than 153,000 Americans, including at least 10,000 who self-identify as LGBTQ.

Many of the numbers are in line with past data. For example, according to a 2011 report from the National Gay and Lesbian Task Force and the National Center for Transgender Equality, trans people faced an unemployment rate double the rate among the general population — and nearly half of trans people said they had been denied a job, fired or denied a promotion because of their gender identity.

What’s driving these gaps? At least one factor, the CivicScience report suggests, is bias: Higher rates of unemployment may reflect “the many barriers and obstacles” LGBTQ workers face, “ranging from the interview process to in-office dynamics and policies.”

Even when LGBTQ people have jobs, they may still face bias and harassment at work. A 2011 report from the Williams Institute at UCLA School of Law found that 1 in 4 LGBT employees reported discrimination in the workplace in the past five years, and a Human Rights Campaign report found that 9% of LGBT employees had left a job because the environment was “not accepting.”

Why do these problems persist in 2017? For one, in many states, workplace discrimination or harassment is perfectly legal.

“Federal law does not cover gender identity and sexual orientation,” Fidas said, which leaves a “patchwork” of protections from state laws and municipal ordinances. Fidas said that more and more major employers have anti-discrimination policies on the books, but even when they’re there in theory they may not exist in practice.

“A company may have a gender identity protection policy, but at the stage of a campus job fair or a local hiring manager, it’s hard to account for whether that individual will approach the process and the candidate with full knowledge of that policy,” Fidas said.

As it happens, employers who discriminate against LGBTQ employees may actually be hurting themselves: A 2013 report from the Williams Institute identified a host of benefits to companies that institute “LGBT-supportive employment policies” — those firms saw more job commitment from employees, better workplace relationships and better health outcomes for LGBT employees.

Fidas said there has been “significant progress” when it comes to employment and workplace discrimination — but that “for that individual who feels they have been frozen out of the application process,” that progress just may not “feel fast enough.”

There is also — much like that for women and people of color — a quantifiable income gap for certain LGBTQ communities.

According to Prudential’s 2016-2017 LGBT financial experience report, lesbians made, on average, more than $5,000 less than straight women of a similar age. Bisexual women made, on average, about $15,000 less. And gay men earned $56,936 on average, compared to the $83,469 average income for straight male peers.

Notably, bisexual men, the report found, actually out-earned straight men of a similar age — by slightly less than $2,000 on average.

Generally, past data supports Prudential’s finding that an income gap exists: A 2013 Pew survey found that 39% of LGBTQ respondents had annual family income of less than $30,000 — compared to only 28% of all U.S. adults. And transgender respondents to the 2011 survey by the National Gay and Lesbian Task Force and the National Center for Transgender Equality were “nearly four times more likely to have a household income of less than $10,000 [per] year compared to the general population,” according to survey report.

On one hand, getting married may help mitigate financial challenges — for example, through preferential tax and health insurance treatment — and marriage is correlated with higher incomes, at least for some LGB people: According to data released by the U.S. Treasury in 2016, both same-sex male couples and same-sex female couples had higher shared average adjusted gross incomes than married straight couples.

Still, same-sex partners of workers can’t always get the same treatment as their straight peers: A study from the Kaiser Family Foundation released in 2016 and updated in 2017 found that just 43% of employers explicitly offer same-sex spouses health benefits.

While federal and state employees are guaranteed equal benefits to peers with opposite-sex partners, other private employers can choose to cover only opposite-sex spouses — unless the state or local government has explicitly instituted protection for same-sex couples.

In short, discrimination and barriers to employment — and equal pay — are a reality for many LGBTQ Americans. Without clearer federal protections for these workers, the hidden costs can only continue to pile up.