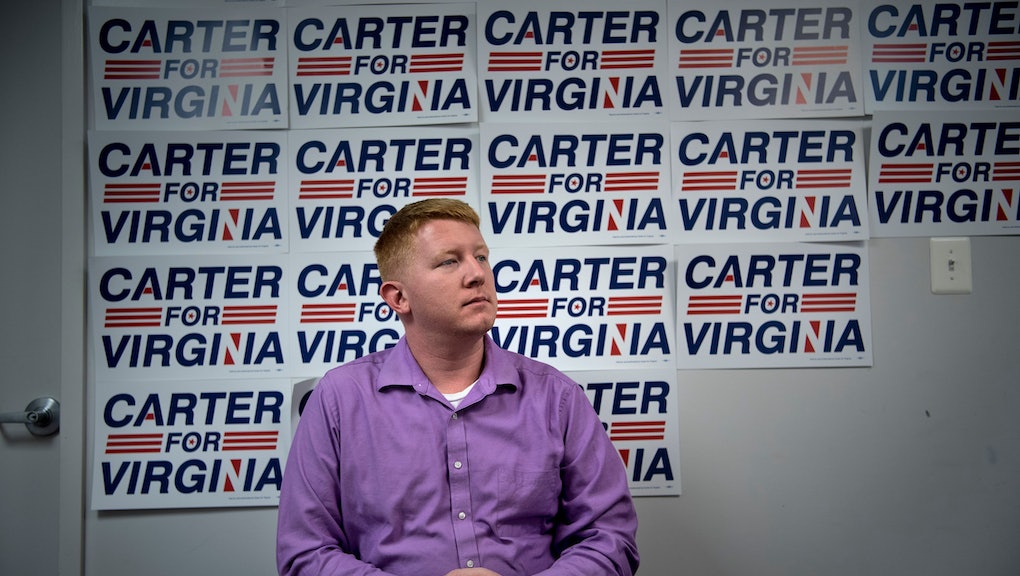 A year after Trump’s election, socialism is no longer a dirty word

Tuesday’s election, the first nationwide day of races since President Donald Trump’s surprise November 2016 victory, was seen by most as a huge win for Democrats. But it was also a big win for the growing movement of American socialists running both inside and outside the Democratic Party.

Democratic Socialists of America, a socialist organization that has absorbed much of the young grassroots energy created by the Bernie Sanders presidential campaign of 2016, saw at least nine of their members and 13 of their endorsed candidates win races all across the country.

From city council seats to positions in the state legislature, Tuesday marked what may have been the single most successful election day for socialism in America since the beginning of the 20th century.

And that’s no accident. After Sanders’ presidential campaign was followed by Trump’s shocking win, socialism — and DSA in particular — has grown in popularity among politically engaged young people.

“We have a chapter in almost every state,” Chris Riddiough, a member of DSA’s National Political Committee, said in an interview. “It’s pretty exciting. It’s much more diverse geographically than it’s ever been before.”

Before the presidential primary season kicked off in 2014, DSA had just 6,000 members and about 30-40 local chapters nationwide. Just after Trump’s inauguration in January 2016, the number of active DSA members had ballooned to 20,000 and has continued to grow at a rapid click.

As of last week, DSA had more than 31,000 members with 145 chapters or committees to form chapters around the country, as well as 57 Young Democratic Socialist (YDSA) groups on high school and college campuses, according to senior DSA officials.

From cities like New York and San Francisco, to rural townships in Idaho and North Dakota, DSA’s influence is growing.

But perhaps even more surprising than the far-flung enthusiasm for socialist politics in rural America is DSA’s ability to actually get socialist candidates elected in these places.

The most high profile DSA member to win a race on Tuesday was Virginia House of Delegates candidate Lee Carter, who managed to oust the incumbent Republican Majority Whip.

Carter, a veteran and IT specialist, faced numerous redbaiting attempts by Republican groups to tie him to the totalitarian politics of Mao and Stalin. But he was able to outperform his Republican opponent, Jackson Miller, by nearly 10 percentage points.

But if Carter’s race is an example of DSA’s electoral viability, it’s also a cautionary tale for a Democratic party that is leery to embrace the growing socialist movement.

Despite running in a district that Hillary Clinton won by nearly 13 percentage points, Carter had a rocky relationship with Virginia’s State Democratic Party working to take back the state legislature.

Brian Wivell, a member of Carter’s campaign, said they had received little support from Virginia Democrats from the beginning. Though, Virginia public access records show that the state party gave Carter’s campaign almost $13,000, Wivell claims that the Virginia Democratic Party’s total contribution to the campaign amounted to one direct mail campaign, and a poll they didn’t ask for.

“They spent money on a poll we didn’t request,” Wivell said. “They were trying to prove we weren’t viable, and obviously the poll showed we were viable.”

But despite those experiences with the Virginia State Democratic Party, Wivell said that the campaign enjoyed an amiable and productive relationship with the local Democratic Party and the coordinated campaign for the governor’s race.

“The local party was extremely helpful,” he said. “Also our relationship with the coordinated campaign was great. Love them. Some of the most dedicated activists I’ve ever worked with.”