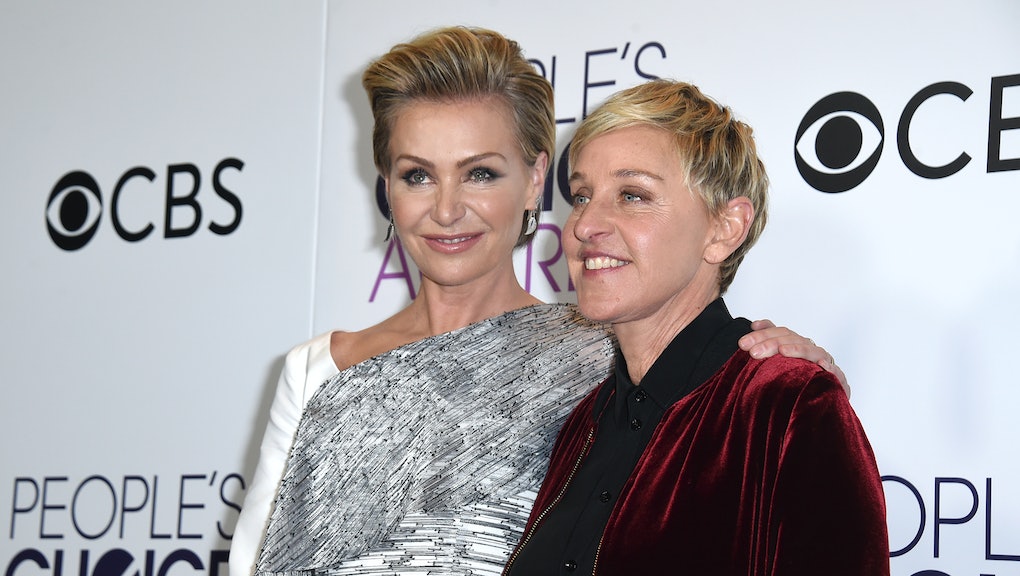 On Wednesday evening, actress Portia de Rossi accused action star Steven Seagal of sexual misconduct during her audition for one of his films.

“My final audition for a Steven Segal movie took place in his office,” de Rossi said, describing the encounter. “He told me how important it was to have chemistry off-screen as he sat me down and unzipped his leather pants.”

De Rossi said that when she told her agent about the alleged incident, her agent shrugged it off.

“I ran out and called my agent,” de Rossi recounted. “Unfazed, she replied, ‘well, I didn’t know if he was your type.’”

Both DeGeneres and de Rossi’s tweets have since gone viral, garnering over 27,000 shares combined as of late Thursday morning.

The Arrested Development and Better Off Ted star is the latest woman in entertainment to come forward with an accusation of sexual misconduct against a powerful man in Hollywood. The firestorm was ignited by an explosive New York Times report surfacing decades of sexual assault and harassment accusations against disgraced mogul Harvey Weinstein.