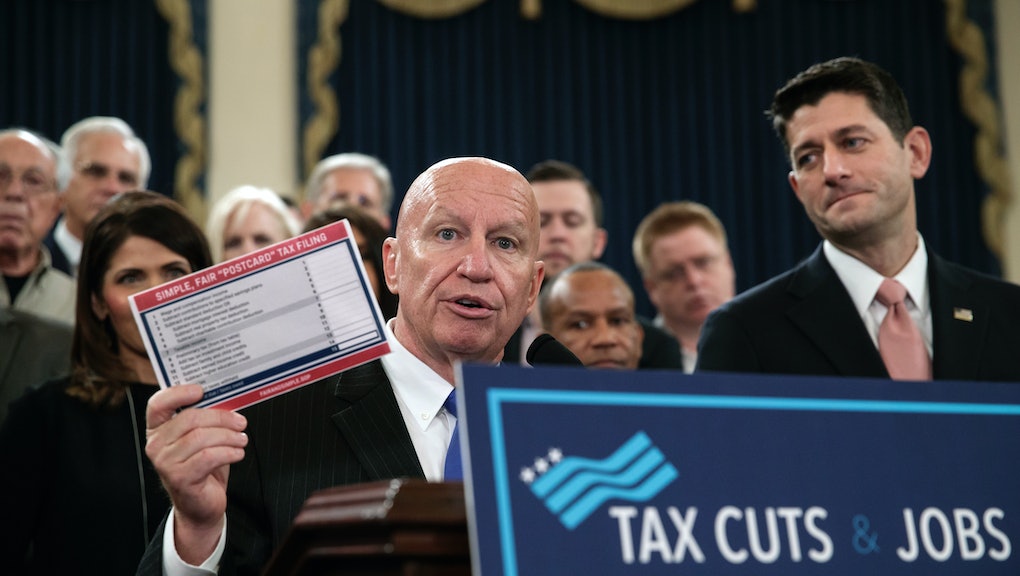 Republicans are saying what they usually keep private: Big donors will flee if tax reform fails

But multiple Republican lawmakers have said publicly what many voters have assumed for years: Their tax reform push is, at least in part, an effort to keep their biggest donors happy.

Graham made the comment on Thursday to reporters on Capitol Hill, who asked what would happen if Republicans were unable to pass a tax reform bill.

“The party fractures, most incumbents in 2018 will get a severe primary challenge, a lot of them will probably lose, the base will fracture, the financial contributions will stop, other than that it’ll be fine!” Graham said — subtly throwing in that a tax reform failure would create a campaign contribution problem for the GOP.

On Tuesday, Collins was more blunt about why tax reform is so important for the GOP.

“My donors are basically saying ‘get it done or don’t ever call me again,’” Collins said, according to CNBC.

“It’s nice to see Republicans in Congress looking out for the people who really matter: their wealthy donors,” Sen. Bernie Sanders (I-Vt.), who is a campaign finance crusader, tweeted Thursday, linking to Collin’s and Graham’s comments.

House Republicans have already released their tax proposal, a bill that’s running up against opposition from many sides, including GOP House members.

Senate Republicans plan to release their version of a tax overhaul on Thursday.

It’s unclear what will be included in the Senate plan.

However the House proposal has a number of controversial elements, including nixing popular provisions such as allowing filers to deduct student loan interest and some adoption costs.

The House Republican plan could also hit taxpayers hard in states with high state and local taxes — as well as expensive home costs — with a higher tax bill.