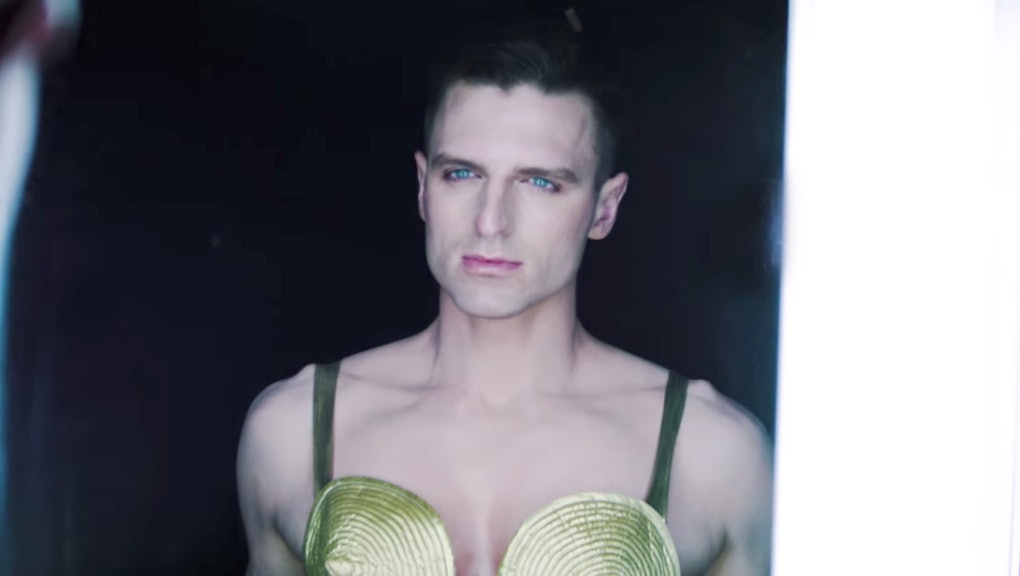 After stopping by our office last month to discuss his work with Voices 4, a LGBTQ group working to assist members of the community being detained in Chechnya, it was confirmed that Dan Donigan aka Milk, would be among the queens contending on RuPaul’s Drag Race All Stars 3. If that wasn’t enough, on Thursday it was announced via Instagram that Donigan would be the face (and body) of Madonna’s new MDNA Skin campaign video.

Though at first glance the video appears to be the Queen of Pop herself paying homage to some of her most iconic looks, including the Jean Paul Gaultier-designed cone bra famously worn during her 1990 Blond Ambition tour, it is at the end revealed to be another notable queen: Milk.

“Over the years I’ve had the opportunity to embody many personas — to express myself but always remain myself,” Madonna narrates. “People think that being a star is about being fabulous, being in the spotlight, having your picture taken all the time and having everyone worship and adore you. And you know what? They’re right. But that’s all on the surface. Take a deeper look to find what lies beneath. I dare you. I want to start a revolution of love. This will be a revolution of being who you are. Someone unique and rare and fearless. Love yourself. Love your skin.”

“I am incredibly honored to join together with Madonna and promote love and uniqueness,” Donigan said in an interview with Mic. “I have always strived to be honest with my drag and art and to collaborate with someone who is just as truthful is completely surreal!”

According to Donigan, his appearance in the campaign can be credited to his one-year-old nephew, Graham. Donigan’s sister was attending a ‘New Parents of Brooklyn’ group where they met the SVP of Production at Full Picture, Anne Walls Gordon, she herself a new mom at the time. Gordon put Donigan’s name forward and the rest is herstory.

Check out the full campaign video below.