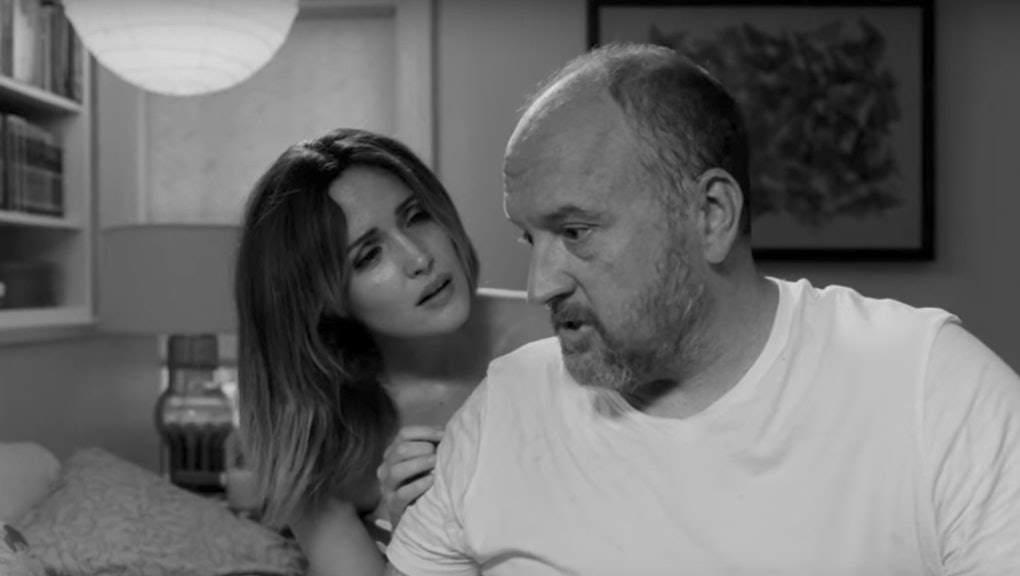 What do we make of the women in Louis CK’s ‘I Love You, Daddy’?

The frustrations that come from reading the recent New York Times exposé on Louis C.K.’s history of sexual impropriety have been many and complicated. For some, shock hits first — the outrage that a man who’s inspired so much laughter was hiding his sickest self in such plain sight. For others, it’s exasperation over the fact this open secret was allowed to languish in partial acknowledgement for so long before Thursday’s full exposure.

There’s the frustration over all the squandered potential, the notion that women who would have otherwise enjoyed long, rich careers in comedy or writing were discouraged by their experiences with C.K. Those of us who closely follow stories like this have to contend with a numbness, the creeping fear this brutally sad sequence of events has grown too familiar to surprise anymore.

With any emotional energy left over, we can consider how C.K.’s reprehensible behavior has now rippled out to punish those in his immediate orbit. On Friday, indie distribution outfit the Orchard announced it had canceled the release of C.K.’s latest feature film, I Love You, Daddy, just one week before its slated theatrical debut. Nobody could possibly blame Orchard; it’s certainly the ethical thing to do. More pragmatically speaking, the film’s earning potential was significantly diminished when its creator was outed as a sex offender.

All the same, I’ve been wrestling with unexpected, late-phase anger on top of everything else while processing the past 24 hours. They say the bigger they are, the harder they fall, and C.K.’s topple has crushed some regrettable bystanders.

Let’s make no bones about it: I Love You, Daddy is a morally abhorrent document. Watching C.K. tiptoe around and even playact the most stomach-churning accusations leveled against him drove this writer to a response of visceral physical revulsion upon two separate viewings. That the film happens to be gorgeously shot and possess a handful of solid one-liners does nothing to redeem its queasy, damning content.

The time for an argument about separating the art from the artist has long since passed — C.K. is inextricable from this film in particular, and even if he wasn’t, aesthetic values pale in comparison to the situation’s real-life stakes — but the question of separating the collaborators from artist proves tougher to unpack.

The greatest performance of Rose Byrne’s career to date will never see the light of day. She’s a divinely assured presence in I Love You, Daddy as pregnant movie starlet Grace Cullen, radiating poise and barbed wisdom. C.K.’s in-film avatar, who’s a TV writer, ponders casting Grace in his gestating show, and they strike up a romantic relationship that later challenges his understanding of women and womanhood. Byrne plays the character as a serene image of maternity — until provoked, at which point she holds her ground and asserts herself with stolid firmness. She knows herself well, and more importantly still, she knows enough to recognize when she’s out of her depth in a conversation about parenthood.

Byrne is one of four actresses who deliver marvelous performances, work that is now (rightly, frustratingly) fated to live on in “For Your Consideration” screeners sent prematurely. Chloë Grace Moretz enacts and methodically deconstructs the Lolita type as the daughter of C.K.’s character. It’s almost as if Moretz has wrested what C.K. conceived as a fetishized, condescending part and reshaped it as something sharper and more layered. Her coquettish tics give way to an unsparing criticism of the male tendency to hold women to unspoken, untenable expectations.

Edie Falco achieves a state of suspended apoplexy as the C.K. character’s put-upon coproducer, repeatedly reading him the riot act for his total lack of professionalism. And C.K.’s frequent partner, Pamela Adlon, reclaims her position as the vicious voice of reason in C.K.’s life. In the most puzzling irony of all, these women mostly serve as ego-checks to the men in the film. Moretz’s character prides herself on passing feminist litmus tests.

Can we lament these performances ending up as unfortunate collateral damage in the wake of C.K.’s gross transgressions? Or do we consider them complicit in bringing to life a narrative that would be morally reprehensible, even if we didn’t know it was perhaps some twisted confessional from its creator? It’s not as if the rumors hadn’t swirled around C.K. for years before this production.

It’s a somewhat moot point, as these performances have effectively been erased. This quandary leaves them in an uneasy limbo of conscience — valuable independent of their context, but unable to be divorced from it.