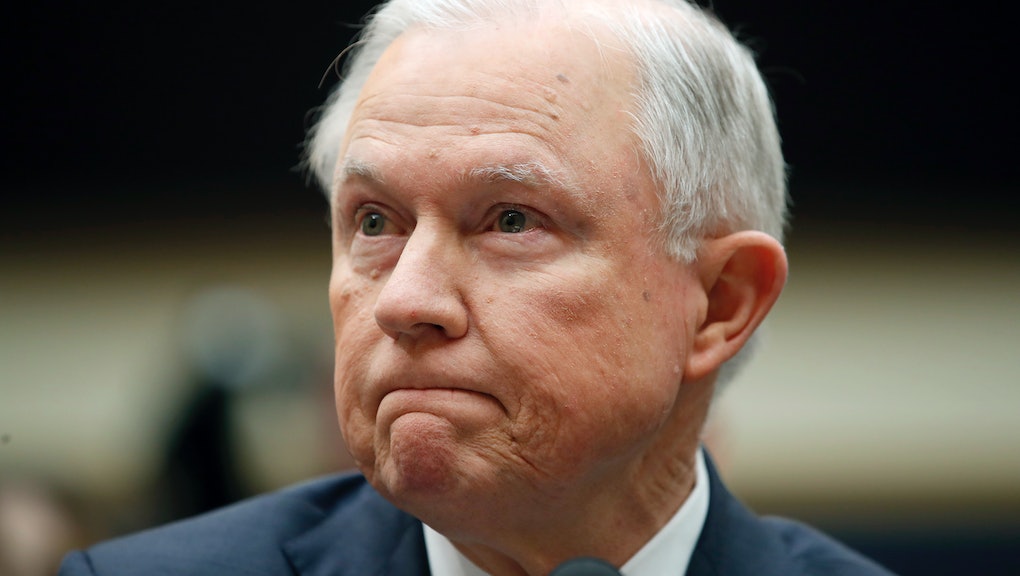 Attorney General Jeff Sessions knocked down the hopes of many Republicans, including President Donald Trump, when he told House lawmakers that, “At this point there is not enough evidence to appoint a special counsel” to investigate Hillary Clinton.

Sessions’ comment came during an exchange with Rep. Jim Jordan (R-Ohio), who expressed frustration that a special counsel has not yet been appointed to look into the Clinton Foundation and the Uranium One deal.

“What’s it going to take to actually get a special counsel?” Jordan asked Sessions during a House Judiciary Committee, after angrily rattling off things about the Clinton email investigation.

“It would take a factual basis that meets the standards of the appointment of a special counsel,” Sessions said.

Sessions got angrier as Jordan kept pressing him.

“You can have your idea, but sometimes we have to study what the facts are,” Sessions said.

Republicans began crowing about the Uranium One deal after special counsel Robert Mueller announced his first indictments and first guilty plea in his investigation in the Trump campaign’s alleged ties to Russia.

After those indictments against former Trump campaign aides Paul Manafort and Rick Gates, as well as the guilty plea by former aide George Papadopoulos, Trump tweeted a call for the Department of Justice to investigate Democrats and Clinton.

The Washington Post reported on Tuesday that Sessions asked federal law prosecutors to “evaluate certain issues” about whether a special counsel is needed to investigate Clinton.

But Sessions’ testimony on Tuesday suggests that a special counsel is not likely.