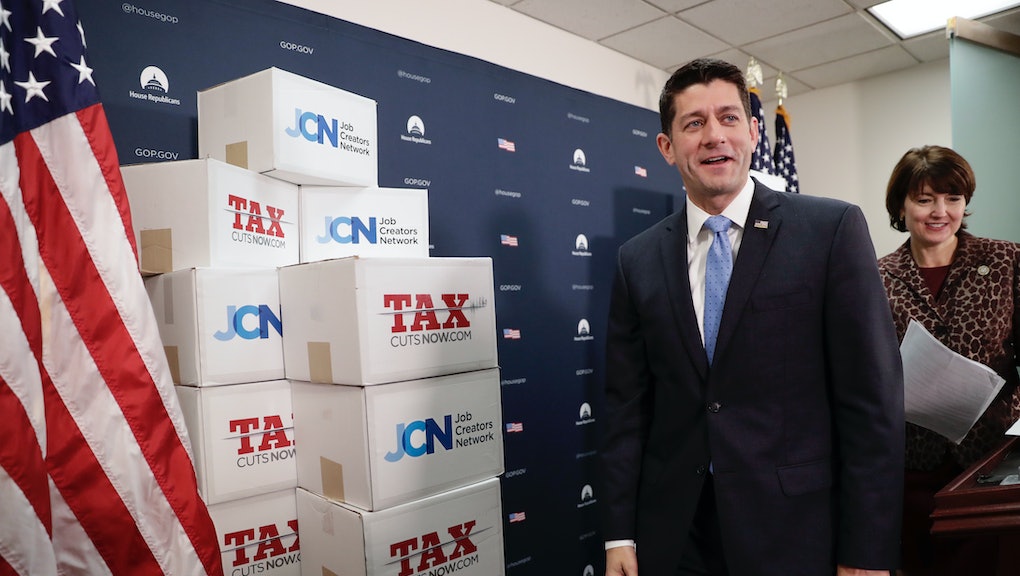 The House of Representatives’ proposed tax reform bill could have some major unintended consequences, including huge cuts to Medicare — the government-run health care program for seniors.

According to a new report out Tuesday from the nonpartisan Congressional Budget Office, the Republican-backed legislation would trigger an automatic $136 billion reduction in federal spending — better known as sequestration — in the current fiscal year.

The CBO said $25 billion of those cuts would come from Medicare, the popular social insurance program that provides health care to seniors age 65 and up.

“AARP strongly opposes cuts to Medicare and we will fight to protect the benefits Americans have earned through a lifetime of hard work,” @AARPadvocates said in a tweet Tuesday afternoon.

The remaining $111 billion in cuts would come from “agriculture subsidies, student loans, the Social Services Block Grant program and mandatory spending in the Affordable Care Act other than exchange subsidies and Medicaid expansion,” according to the Committee for a Responsible Federal Budget.

To avoid those automatic cuts, Congress would have to change a current rule known as PAYGO — a change that would require bipartisan support in the Senate, as well as support from Republican deficit hawks in the House.

The news comes as Republicans are under attack from Democrats for writing a tax plan they say benefits the rich and hurts the middle class.

Republicans have given Democrats plenty of fodder in that case, walking back earlier promises that no middle-class family would be harmed by tax reform.

And Gary Cohn, one of Trump’s economic advisers, put his foot in his mouth Tuesday after asking a group of CEOs whether they would use the money their companies receive in tax cuts to boost job growth.