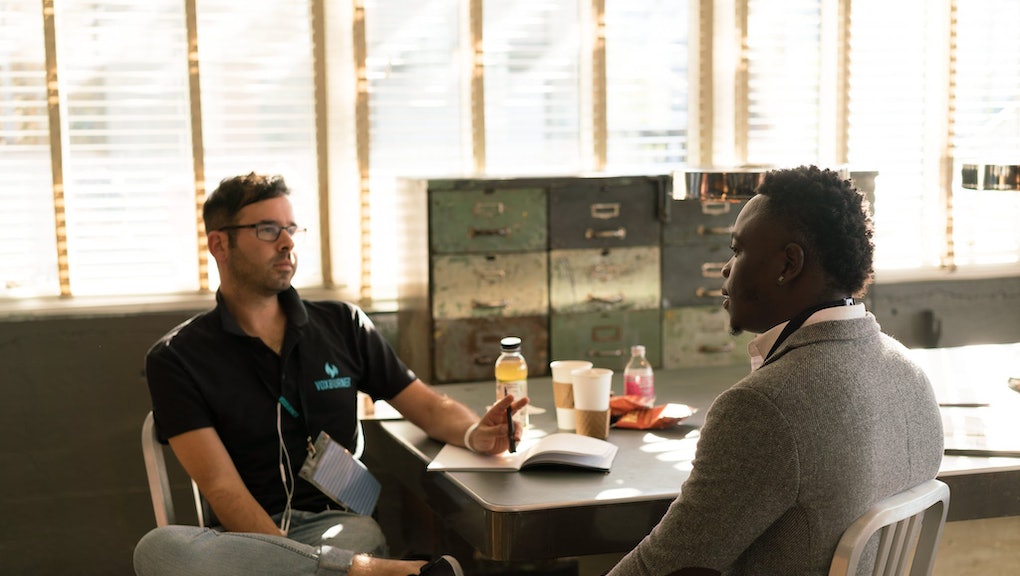 Career Advice: Get a raise this year? Here’s how you compare to the average American.

If you’ve worked hard and won praise from the boss, but still aren’t getting a raise, then you have good reason to feel frustrated. Management may give you all kinds of excuses — like how it’s not in the budget, you’re already making a competitive wage or simply “maybe next year” — but that’s hardly consolation if your costs of living are rising.

At least you are in the majority: according to a new Bankrate survey of 1,009 adults in the U.S., 52% of respondents said they didn’t get a pay bump in the last year. That’s the same proportion that said they didn’t get a raise in the prior year. Why are so many Americans treading water when it comes to earnings?

“In a slow growth, low inflation environment with abysmally low productivity growth, employers have a tough time passing out pay raises,” said Greg McBride, Bankrate’s chief financial analyst. “Those that do are being more selective — boosting pay where necessary to attract and retain those that have a bigger impact on the bottom line or would be difficult to replace.”

Now, some survey respondents fared better than others when it came to pay raises. Millennials were much more likely to get a raise than older workers, with 53% of those aged 18 to 36 reporting a pay increase — versus just 37% of workers aged 53 to 71.

The survey also found that 38% of respondents said they got a pay raise at their current job, while 18% got a better job — with a lucky 8% of workers reporting that they got both.

What was the reason for raises? The number one factor for respondents who stayed at existing jobs was performance, which accounted for 37% of raises, rather than cost-of-living-related increases that 27% reported getting.

Another 24% said they got a raise because of a promotion or other new job responsibility.

People with a college degree and those who were already high earners were also more likely to get a raise. Among those earning $75,000 or more, 43% said they got a raise from their current employer — versus just 17% of those who earned $30,000 or less.

Likewise, 36% of college grads said they got a raise at their job, versus just 26% of those who had completed high school or less.

Companies seem to be doling out raises to high-demand industry workers, like those in data or infotech, said Bankrate’s senior economic analyst Mark Hamrick. Jobs in retail and mining, on the other hand, are paying less.

Overall, wages and salaries have increased by 2.5% for the 12-month period ending in September, according to data from the Bureau of Labor Statistics. So while you’re in good company if your wages aren’t going up, make no doubt about it — at least some people keep seeing their pay rise.

Want to be in that group and earn more?

Check out Mic’s guides to up-and-coming jobs, the best cities for millennials looking for a job, and how to use five winning arguments that you deserve a raise — that your boss can’t ignore.