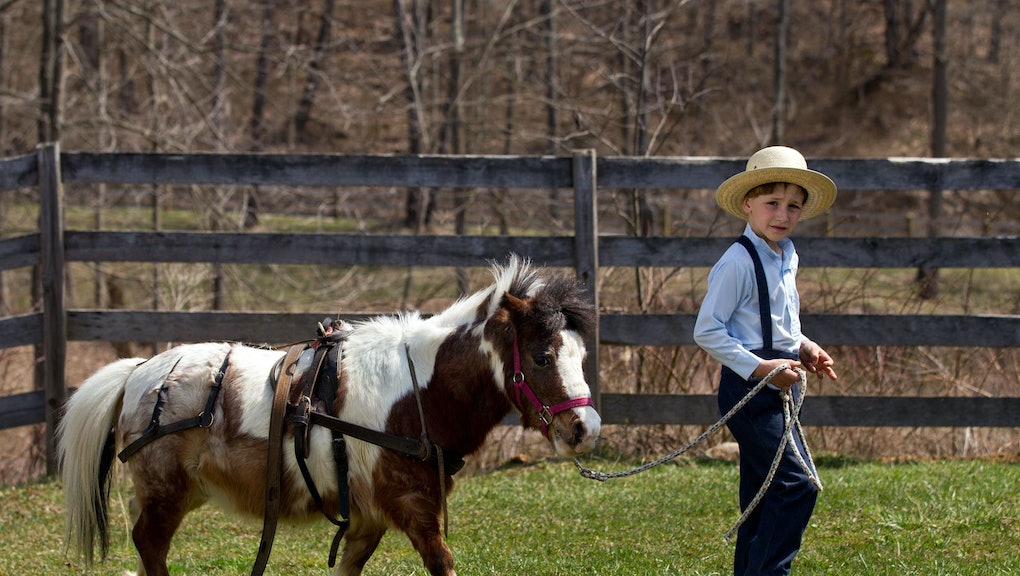 Want to live forever? One surprising group of people may have the secret to a long life.

Scientists at Northwestern University have discovered that a certain percentage of the Old Order Amish living in rural Indiana have a genetic mutation that “appears to protect against multiple aspects of biological aging.” Those scientists are now testing a “longevity drug” to see whether the benefits of that mutation could protect others against age-related illness and diabetes.

The mutation causes these 43 members of the community — out of a total of 177 — to have comparatively low levels of a protein called “plasminogen activator inhibitor-1.” This protein helps promote blood clotting, but it also seems to have a relationship with the aging process.

Those with the mutation also have lower rates of diabetes and lower “vascular age” — an indication of “retained flexibility in [their] blood vessels” — compared to those without the mutation.

“For the first time we are seeing a molecular marker of aging ... a metabolic marker of aging (fasting insulin levels) and a cardiovascular marker of aging (blood pressure and blood vessel stiffness) all tracking in the same direction in that these individuals were generally protected from age-related changes,” Vaughan said in a news release. “That played out in them having a longer lifespan. Not only do they live longer, they live healthier.”

To test whether the benefits of lower levels of the PAI-1 protein might be transferrable to those without this genetic mutation, Northwestern is working with Tohoku University in Japan to test an oral drug that would mimic the mutation’s effects. Northwestern is in the process of applying for a trial that would test the effects of this drug on patients with Type 2 diabetes, “possibly to begin within the next six months,” according to the news release.

In an earlier trial, whose results were published in 2014, the drug more than tripled the lifespan of mice compared to the control group.