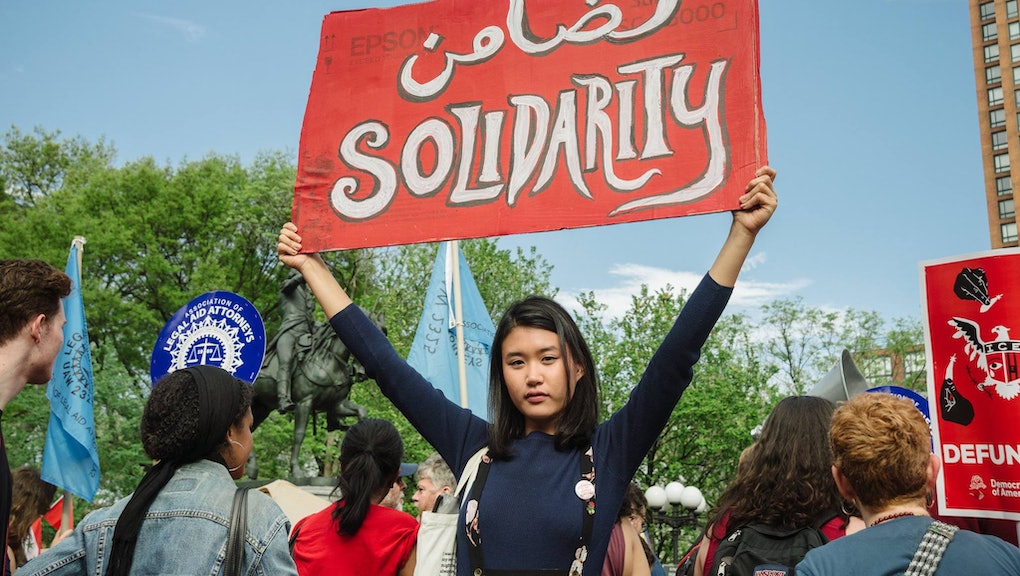 How does the socialist left build a mass plan to take back the country? Flu shots and brake lights.

What better way to evangelize a socialist future for America than giving people the things they need for free?

Last weekend in Pittsburgh, the local chapter of the Democratic Socialists of America stood out in the cold, tools in hand, fixing brake lights for anybody who needed it. It cost the socialists about $3 a pop — a worthy expenditure for keeping those who can’t afford even cheap repairs from a run-in with the police.

“We know what can happen if someone is pulled over by the police, how easily and quickly things can escalate and become deadly,” Arielle Cohen, co-chair of Pittsburg DSA, said in an interview. “So we want to provide a way to get people to not be stopped by police and have unnecessary interaction.”

In the month or two before Trump’s election, the Pittsburgh chapter was comprised of just seven people in a group chat on Facebook. A year later, the chapter has 400 members that pack themselves into a union hall in Pittsburgh’s North Side. Aside from brake lights, they’re beginning to train child care providers and gearing up for a campaign against anti-choice pregnancy centers that masquerade as legitimate healthcare clinics.

Five hundred miles away in Dallas, at the same time as the Pittsburgh brake light clinic, another DSA chapter was posted up in a predominantly hispanic neighborhood, administering almost 50 flu vaccines to promote single-payer health care.

“There’s a gap that for-profit health care systems, there’s a gap where if people don’t have a job or are underinsured,” Valerie Davis, an organizer with DSA North Texas, said. “For service workers, paid sick leave isn’t available to everyone, so being sick for a week is your paycheck.”

Socialists in Pennsylvania and Texas weren’t alone. Across the country, DSA chapters ran brake light clinics in Detroit and Olympia, Washington, last weekend, not to mention upcoming clinics in Los Angeles and Oakland, California, all inspired by the first of such clinics in New Orleans back in August. Their chapters provide small cadres to support striking workers, anti-racist protesters to fly flags over white nationalist rallies, and even handed out Faygo to the Juggalos that marched on Washington.

The DSA’s member rolls have skyrocketed from 6,000 members to more than 30,000 in the year since Trump’s inauguration. And while mainstream Democrats seize on news headlines to raise money and drum up support on the road to the 2018 mid-term elections, the ascendant socialist movement in America is finding those hit by capitalism the hardest and doing what socialists do best: giving people what they need without demanding something in return.

This style of activism, where locals share resources and skills, is traditionally called “mutual aid.” One of the most famous examples in recent American history is Black Panther’s Free Breakfast for Children program of the late 1960s, where black liberationists organized hot meals to be served to underfed children. Mutual aid steps in where government has purportedly failed — provocations that show the failures in a system that needs, in the eyes of democratic socialists, to be radically revised.

For leftists in America, this means mending the holes that, if left unattended, lead to sickness, poverty and, especially, incarceration. In NYC, Black Lives Matter activists have stood at subway entrances to hand out free rides on the subway to those who might face ticketing or arrest for trying to hop the turnstyle.

Unlike leftist sects who aim for total revolution, the DSA’s ambition is to win elections. During last week’s elections, candidates they supported won 15 local elections. In Virginia, when democratic socialist Lee Carter beat the Republican majority whip with help from the DSA, even after the Democratic Party largely abandoned his campaign and Republicans sent around posters with Carter’s face plastered next to Carl Marx.

Still, 30,000 members is a drop in the bucket on the way toward the 2018 mid-terms, when 34 seats in the U.S. Senate will be up for grabs. They’re going to need a lot more militant socialists if they want to pull Democrats to the left in national elections. The DSA looks at the Bernie Sanders movement, along with Jeremy Corbyn’s electoral coup in the U.K., and believes a red wave is coming.

Both of their candidates won their elections handily.

“We’re a key player in this city now, and we’re being recognized for it,” Cohen said. “The power is there to take.”