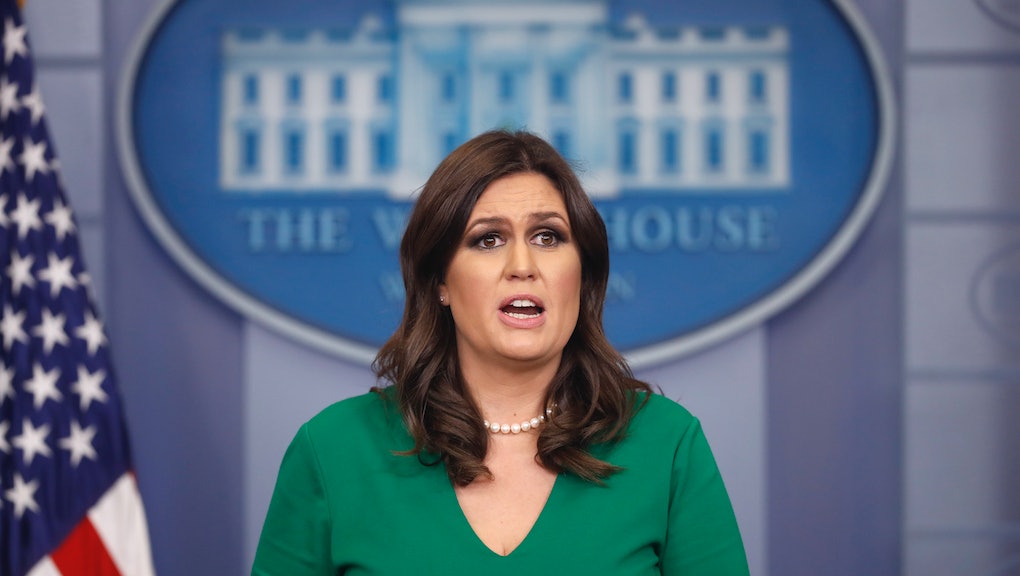 President Donald Trump thinks the allegations against Alabama Senate Republican nominee Roy Moore are “very troubling,” but isn’t calling on Moore to drop out of the race.

That’s according to White House press secretary Sarah Huckabee Sanders, who was asked multiple questions on Thursday about the child molestation allegations against Moore, but did not issue an unequivocal condemnation of Moore.

“The president believes that these allegations are very troubling and should be taken seriously, and he thinks that the people of Alabama should make the decision on who their next senator should be,” Sanders said Thursday during a press briefing.

That position is different from many Senate Republicans — including Trump’s daughter Ivanka Trump — who say they believe Moore’s accusers and have called on Moore to drop out of the race.

“Well, I think the president has certainly a lot more insight into what he personally did or didn’t do,” Sanders said of the allegations against Trump. “And he spoke out about that directly during the campaign. And I don’t have anything further to add beyond that.”