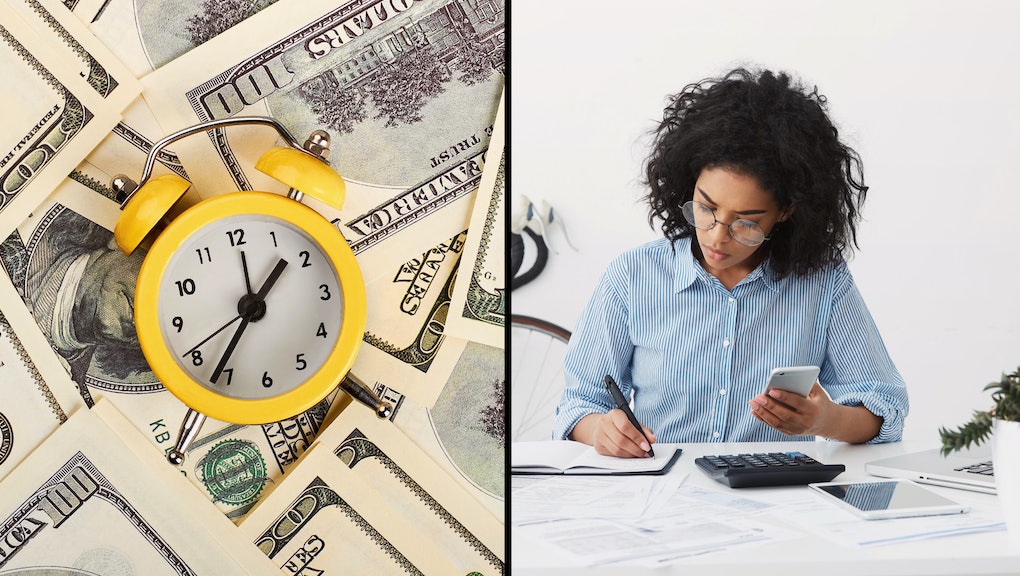 Student loans due? 5 smart moves to pay off private and federal education debt easily — and cheaply

Graduated college last May? It’s likely time for you to start paying up: The six-month grace period on federal student loans is coming to an end if you graduated last spring. The window is meant to give recent grads a chance to get their financial footing before paying off the $34,000-plus average outstanding balance on student debt for college in the United States.

As much as it stinks to have to scrounge up the cash for a new monthly expense — about $350 on average, according to Student Loan Hero — the consequences for skirting your student loans can be pretty severe: In 20 states it’s even possible to have your professional certifications revoked because of non-payment, as a recent New York Times investigation found.

In rare cases, some people find themselves unable to make their payments and unable to work: Even a single missed payment can be reported to the credit bureaus, which could lower your credit score and lead to higher interest rates on your other debts.

Fortunately, student debt can be more manageable than other forms of consumer debt like credit cards, which charge an average 15% APR. Federal student loan rates, by contrast, are set by Congress, and tend to fall between 4% and 7%, according to the Department of Education website.

Anxious about what to do when your grace period runs out? Here are five moves that could save you money — and make your life a lot easier.

1. Automate debt repayment to save cash

The first action you need to take is figure out how big your student loan payments should be. Most borrowers are enrolled in an automatic 10-year repayment schedule, which — depending on your job and the amount of debt you have — might not necessarily be feasible for everyone.

That said, pushing yourself and paying off student debt early can lead to huge savings on total interest payments — meaning there’s a strong case for making nips and tucks in your monthly household budget. If you need inspiration, you can use the Department of Education’s repayment estimator to calculate just how much different payment plans can lower your lifetime costs.

One way to save cash, simply? Automate your student loan payments, which will usually knock about 0.25 percentage points off of your interest rate right off the bat: That might not sound like a lot, but NerdWallet estimates it could sum to hundreds of dollars over the course of your loan, though you’ll have to be wary of overdraft fees if your bank account tends to get low.

More importantly, automating your student loan payments decreases the likelihood of missed payments. Most lenders usually charge a late fee after a missed payment, though the rate and time period varies, though you’ll typically have a full 45 days to get your payments up-to-date before a missed payment will start to affect your credit score.

You can set up automatic withdrawals through your lender, with an auto-pay feature through your bank, or even in some rare cases, by using a credit card — which can earn you points, but also comes with some serious caveats.

Need to free up some cash to cover your payments? Seek out freebies, starting with items no one actually needs to pay for, like credit reports, condoms and tax filing.

2. Keep an eye on the student loan interest deduction

Speaking of taxes, one of the few perks of paying off student loans is that up to $2,500 in student loan interest is tax deductible, as long as you make less than $80,000 annually as an individual filer. You can claim the deduction whether or not you itemize your taxes.

About 12 million borrowers claimed the deduction in 2015, according to a CNBC analysis of IRS records, though the amount saved varies wildly. Someone who paid the average amount of interest —  $1,100 — and was in the 25% bracket likely saved about $275, though a full capture of the tax perk could net you up to $625, Mark Kantrowitz of Cappex.com told CNBC.

One problem? The House of Representatives’ version of a tax reform bill calls for eliminating the student loan interest deduction, though the Senate version does not. Advocacy groups like Student Debt Crisis argue that the student loan deduction should actually be raised to help families cope with the rising cost of college, as the organization explained on Twitter.

For now, you can hedge your bets and plan to file for the deduction if you qualify, keeping your paperwork ready and in order.

3. Have a plan if you fall behind

If you’re worried because you haven’t found a job yet, or simply need a little extra time to get on your feet, then you might also apply for deferment or forbearance, which let you delay your payments for a pre-determined amount of time.

You have to apply for forbearance or deferment through your servicer — and you may still be liable for the interest that accrues while you’re not making payments — but it will keep your loans from entering default, which can have serious consequences. That said, there are many situations that could qualify you, including unemployment, service in the military or Peace Corps, graduate school and general economic hardship.

Depending on your income, you might alternatively qualify for an income driven repayment plan, which cap monthly payments based on the amount that you can afford. That said, there are tradeoffs to income-driven repayment: The longer you take to pay off your loans, the more you’ll end up paying in the long run. Any debt that’s ultimately forgiven will also count as taxable income.

4. Know your rights and the rules around debt forgiveness

A common myth about student loans is that they’re impossible to get rid of, even if you end up declaring bankruptcy. This is not quite true; a 2007 study found that some 39% of student borrowers who entered bankruptcy proceedings had at least some of their student debt discharged.

What typically makes student debt different? It has to do with a series of rule-changes that took place in Congress dating back to the mid-1970s to protect the government’s investments (more than a third of the U.S. Treasury’s assets are student loans, according to the latest annual report). In 1976, and then twice in the mid-1990s, Congress toughened the bankruptcy rules for student loans, and then in 2005 they extended those protections to loans that were paid out to for-profit colleges.

Though it’s not available in all professions, you may be able to qualify for public service loan forgiveness; though the program faces uncertainty, you can still apply online here right now.

One last way student borrowers can save money on loan payments is by re-financing their debt with a new lender. You’ll likely need to back your application up with a solid income and credit score. The startup LendEdu estimates that some 23,000 people applied to refinance loans in 2016 with companies like SoFi, Earnest, and Citizen’s Bank.

According to LendEdu’s data, only about a third of applicants were approved — and they got an average 4.82% rate. Given that the rates on Federal loans run as high as 7% on Direct Plus loans for parents and graduate students, that could be a good deal for you. Over time, refinancing could save you thousands of dollars during the life of the loan. But know there are drawbacks.

The biggest might be that you lose the ability to enroll in one of the government’s income-driven repayment plans. And you are taking on a different risk, as many refinancers are venture-backed startups that have a record of leadership turnover or being acquired.

Thinking of refinancing your student loans? You can check out everything you need to know about the process using our guide here.