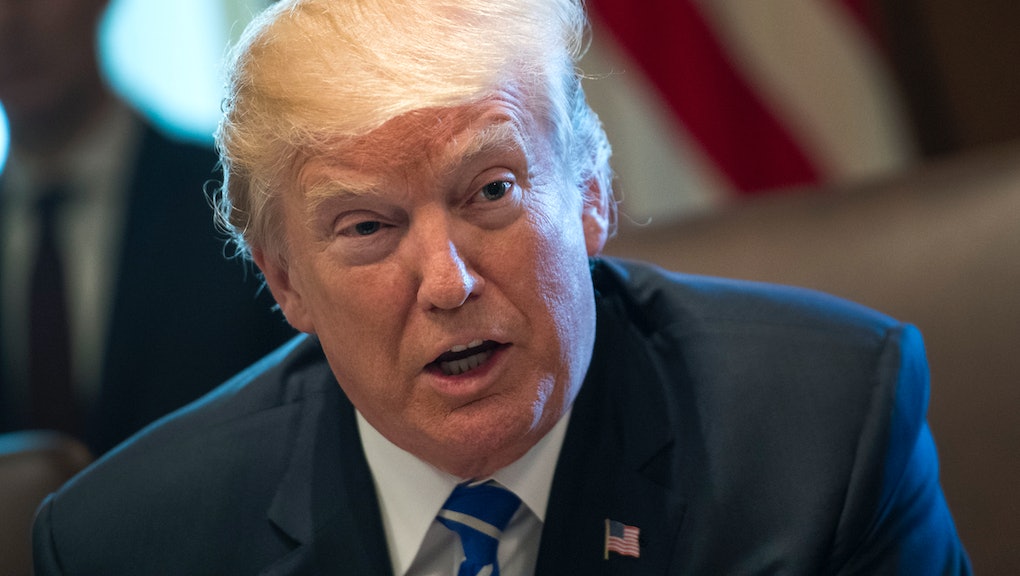 During a press gaggle at the White House on Tuesday, Trump was asked about what he thinks of the allegations against Moore.

“He denies it. He totally denies it,” Trump said before heading off to Palm Beach, Florida, for the Thanksgiving holiday.

“We don’t need a liberal Democrat in there,” Trump added, a tacit endorsement of Moore’s candidacy.

“Doug Jones in Alabama, folks, don’t be fooled,” Conway said on Fox News. “He will be a vote against tax cuts. He is weak on crime, weak on borders. He is strong on raising your taxes. He is terrible for property owners.”

Conway’s comment was a reversal from her comment just days earlier, in which she said, “There is no Senate seat worth more than a child.”

Jones, for his part, is using the allegations against Moore in campaign ads in the state.

In a new ad released Tuesday, Jones highlights comments from Republicans who have condemned Moore over the allegations — including first daughter Ivanka Trump.

However with a few weeks to go until the Dec. 12 special election, it’s unclear whether Jones can hold on to that lead.

Trump’s comments could swing Republican voters back to Moore, given Alabama’s strong Republican bent and approval for Trump’s presidency.