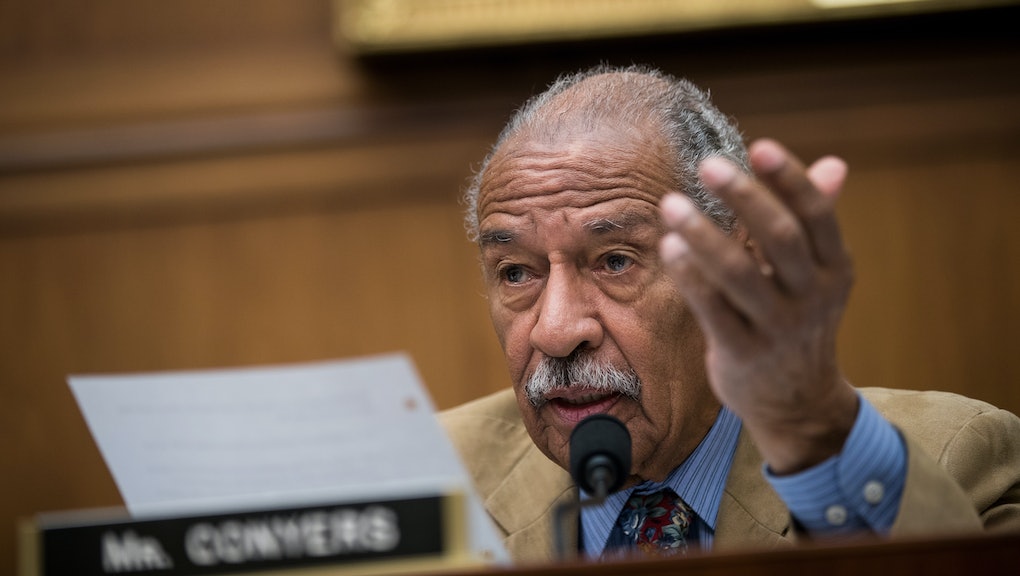 Rep. John Conyers steps down from top post on committee amid allegations of sexual harassment

Rep. John Conyers (D-Mich.) announced Sunday that he would step down as ranking member of the House Judiciary Committee following the revelation that he reportedly settled a lawsuit in which a former staffer accused him of sexual harassment.

“After careful consideration and in light of the attention drawn by recent allegations made against me, I have notified the Democratic leader of my request to step aside,” Conyers said in the statement.

The member of Congress added that he denies the allegations against him, calling their veracity into question by arguing that their source, men’s rights activist Mike Cernovich, had a partisan agenda in providing the documents containing the allegations to the press.

“I deny these allegations, many of which were raised by documents reportedly paid for by a partisan alt-right blogger,” Conyers said.

BuzzFeed, which first surfaced the claims in Cernovich’s documents, verified the authenticity of the leaks with four people. BuzzFeed noted that one of the people who verified the documents was the accuser herself.

Conyers expressed his gratitude to fellow members of Congress “who have called for due process before weighing judgment.” Those colleagues include the House’s top Democrat, Nancy Pelosi, who defended Conyers in a Sunday appearance on Meet the Press.

In 2015, Conyers reportedly settled a lawsuit in which a former staffer accused him of terminating her employment in retaliation for rejecting his sexual advances.