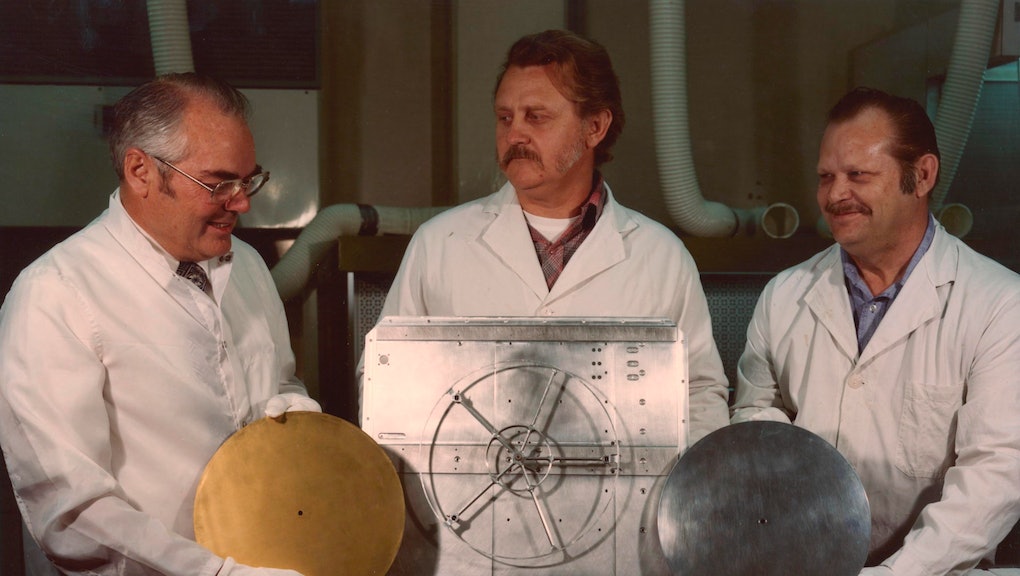 You can buy a copy of the golden record NASA sent to aliens. Here’s what’s on it.

In 1977, NASA launched a pair of gold-plated copper records into space aboard the Voyager spacecrafts containing a wide variety of songs, sounds and images meant to “portray the diversity of life and culture on Earth.”

The records — whose contents were selected by astronomer Carl Sagan and his associates — are essentially a greeting card, a snapshot of human life for any potential extraterrestrials who might want to make contact with us measly Earthlings one day.

The songs Sagan and his team selected span various cultures and countries, but the most intriguing track of them all is not a song at all. It’s “The Sounds of Earth,” which includes recordings of various natural and manmade phenomena, like sound of a rainstorm, tweeting birds, a thumping heartbeat and the sound of a truck revving its engine. It also includes the sounds generated by the brain and nervous system of Ann Druyan, the creative director of the project and Sagan’s wife.

The original records are zooming through space billions of miles from Earth, but the company Ozma Records recently announced it’s selling a new version of the record’s contents in the wake of its successful 2016 Kickstarter campaign.

For $50, Ozma is selling two CDs with copies of every single audio track on the original record that have been “remastered from the original analog tapes,” according to the site’s product description. You’ll also get a hardcover book with scans of the images and text on the golden records, in addition to a selection of space photographs the Voyager crafts have taken so far and an essay by Timothy Ferris, who created the original record.

If you’re a purist, you can also buy the pricier $98 version that contains a set of three vinyl records instead of CDs.

The CD package’s distributor, Light in the Attic, says it’ll start shipping the CD packages on Dec. 15. The vinyl version is on back order until the end of January 2018.