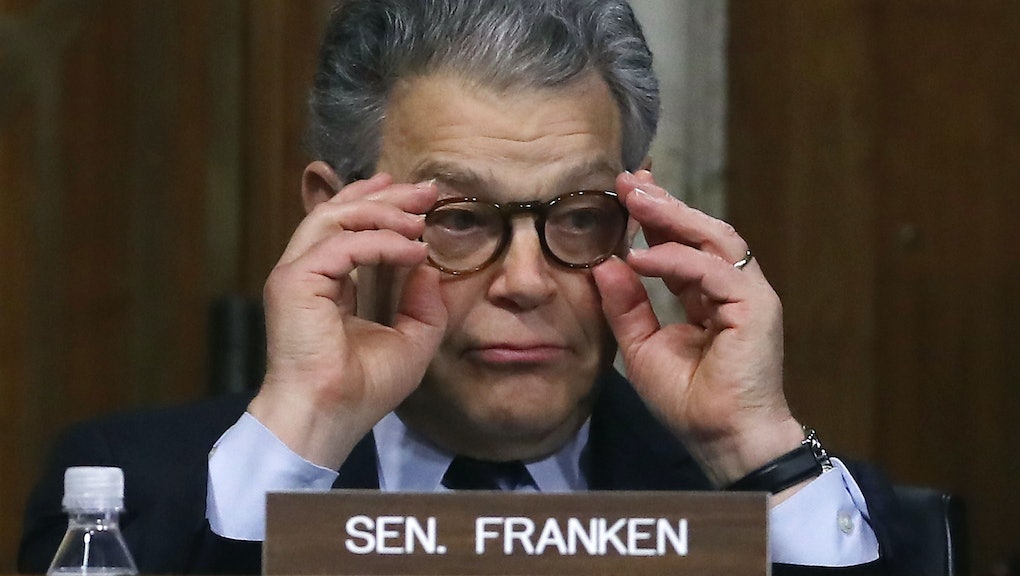 Al Franken returns to Capitol Hill, says he’s “let a lot of people down” and wants to “regain trust”

Sen. Al Franken (D-Minn.) returned to Capitol Hill on Monday after facing multiple allegations of sexual misconduct over the past weeks, telling reporters that he’s “embarrassed” of his actions and that is going to actively work to regain trust.

“I know that I’ve let a lot of people down, the people of Minnesota, my colleagues, my staff, my supporters and everyone who has counted on me to be a champion for women,” Franken said Monday at a news conference outside his office on Capitol Hill. “I just wanted to again say I’m sorry.”

Franken took a handful of questions from reporters, who asked what he remembered differently from two women who accused him of groping them — Los Angeles radio host Leann Tweeden and Lindsay Menz, who said Franken grabbed her rear end during a photo op.

“I said that I recalled that differently from Leann,” Franken said of her allegation that he kissed her against her will back in 2006. “But I feel that you have to respect women’s experience. And so I apologized to her, and I meant it, and I was very grateful that she accepted it.”

Two other women, who remain anonymous, told the Huffington Post last week that Franken touched their buttocks in separate incidents in 2007 and 2008. One of the anonymous accusers said the incident took place while a photo was being taken — a scenario similar to what Menz says she experienced.

As for further allegations of sexual misconduct, Franken said he can’t say whether more will surface.

“If you had asked me two weeks ago would any woman come forward with an allegation like this I would have said no, and so I cannot speculate,” Franken said. “This has been a shock, and it’s been extremely humbling. I am embarrassed. I feel ashamed. What I’m going to do is, I’m going to start my job. I’m going to go back to work I’m going to work as hard as i can for the people of Minnesota.”

Franken went on to say that he’s going to “learn from my mistakes,” and that he hopes to “regain people’s trust.”

“I want to be someone who adds something to this conversation, and I hope I can do that,” Franken said.