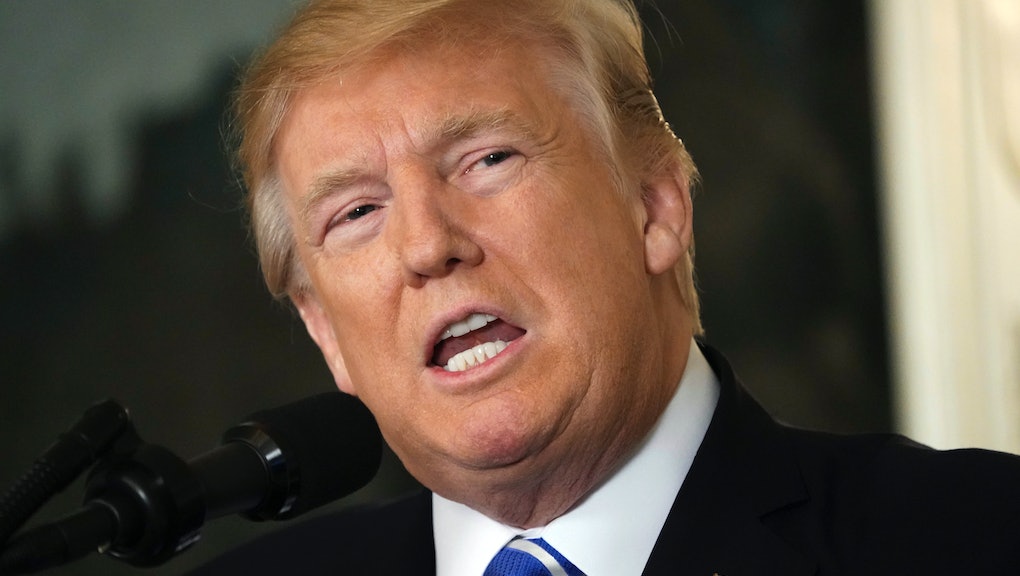 “You were here long before any of us were here,” Trump told the Navajo Code Talkers, who helped create a code during World War II that helped the United States and the Allies win the war. “Although we have a representative in Congress who they say was here a long time ago — they call her Pocahontas.”

Throughout his campaign for the presidency and since being elected, Trump has disparagingly referred to Warren as “Pocahontas,” the Native American teenager associated with the colonial settlement at Jamestown, Virginia. Warren says she is 1/32 Cherkoee.

Trump made the comment while standing in front of a painting of former President Andrew Jackson, who in 1830 signed the Indian Removal Act that forced the removal of Native Americans from U.S. land. The forced relocations led thousands to die in what is widely referred to as the Trail of Tears.

Trump hung the portrait of Jackson in the Oval Office after he was inaugurated in January, and has praised Jackson’s populist policies in the past.

“It is deeply unfortunate that the president of the United States cannot even make it through a ceremony honoring these heroes without having to throw out a racial slur,” Warren said on MSNBC.

“I think what most people find offensive is Senator Warren lying about her heritage to advance her career,” Sanders said.

It’s not clear whether Warren lied about her heritage.

She still contends that she is part Native American.