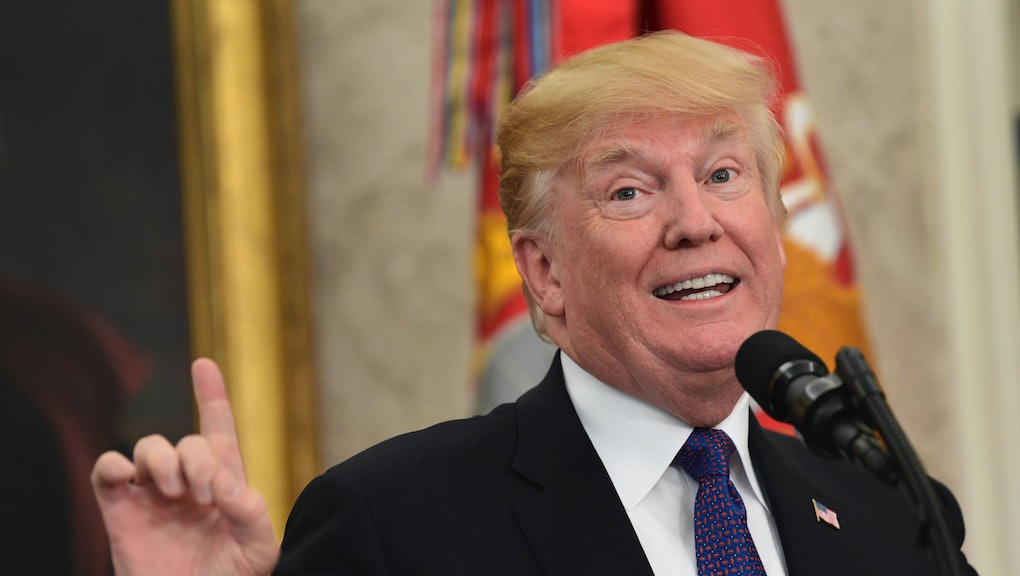 President Donald Trump sought to preemptively place the blame of a looming government shutdown on Democrats on Tuesday — tweeting that Democrats “want illegal immigrants flooding into our country” and “want to substantially raise taxes.”

First, Republicans control both the House and Senate and ostensibly shouldn’t need a single Democratic vote in order to pass a funding bill to keep the federal government’s lights on.

As for taxes, it’s the Republican bill that raises taxes on the middle class, according to multiple analyses.

Schumer and Pelosi canceled the meeting after Trump’s attack, saying it wouldn’t be productive to meet with Trump and that they will work with Senate Majority Leader Mitch McConnell and House Speaker Paul Ryan without Trump in attendance.

But the fact that Trump needed with Schumer and Pelosi at all is a sign that congressional Republicans don’t have the votes to keep the government funded when the current appropriations bill expires Dec. 8.

If Republicans need Democratic votes to pass a funding bill, Democrats will likely try and use their leverage to extract policy goals from the GOP, including passing a bill to protect undocumented immigrants who were brought to the U.S. as minors, known colloquially as Dreamers.

Passing a bill to help protect Dreamers is widely popular. However Trump’s core supporters could revolt if Congress gives these undocumented immigrants a pathway to citizenship.

Even more complicated for Republicans is that the GOP is trying to pass tax reform in order to give Trump his first major legislative victory before the year ends.

But the tax reform effort is facing trouble in the Republican-held Senate.

And with just 12 days with both the House and Senate in session before the end of the year, and a government funding deadline looming, it’s possible that tax reform effort could fizzle — enraging Republican donors and some base voters.