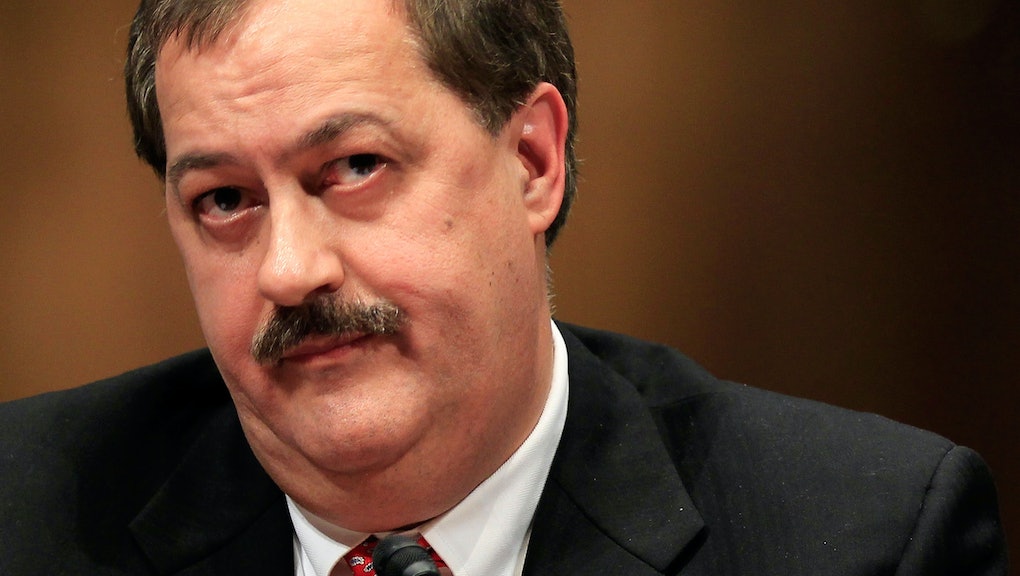 Former Massey Energy CEO Don Blankenship went to prison in 2016 after an accident that killed 29 coal miners at a mine owned by his company. Now, he’s asking West Virginia voters for their confidence, as he has reportedly begun the process to mount an official run for U.S. Senate on the Republican ticket.

The decision comes six months after Blankenship was released from prison for a misdemeanor count of conspiring to violate federal mine safety laws, and less than a decade after one of his company’s mines became the site of one of the worst U.S. coal mining disasters in over 40 years.

The Upper Big Branch Mining disaster took place in 2010, when a mine explosion killed 28 Massey-employed miners and one contract worker. When safety issues at the mine were discovered, a clear picture of negligence on the part of management began to form.

At trial, Blankenship’s lawyers worked to ensure that the deadly disaster was barely mentioned in conjunction with the safety violations that Blankenship was ultimately found guilty of conspiring to commit. In the end, he was found guilty of only a misdemeanor violation.

As Mother Jones reported, Blankenship’s personal body guard, who was head of Upper Big Branch’s security team, ordered a subordinate to destroy thousands of pages of documents while the investigation into the company was still ongoing. That body guard was sentenced to three years in prison in 2012 for lying to investigators and destroying evidence.

Even before the Upper Big Branch disaster, Blankenship had developed an unsavory reputation among West Virginia’s blue collar workers.

Early in his career, Blankenship was known for major clashes with the coal miner’s union, one of which resulted in Blankenship hiring private armed guards to oversee his company’s mines during picketing. Around that time, Blankenship described himself as “the most hated man in Mingo County,” referring to the West Virginia county where many mining operations are located.

Now Blankenship is looking to reverse that bad reputation and win a seat in the U.S. Senate. He will face off against the state’s Attorney General Patrick Morrisey and Congressman Evan Jenkins in a May GOP primary. Until May, Blankenship is prohibited from leaving his Nevada home, leaving him little time to meet with voters in coal country.