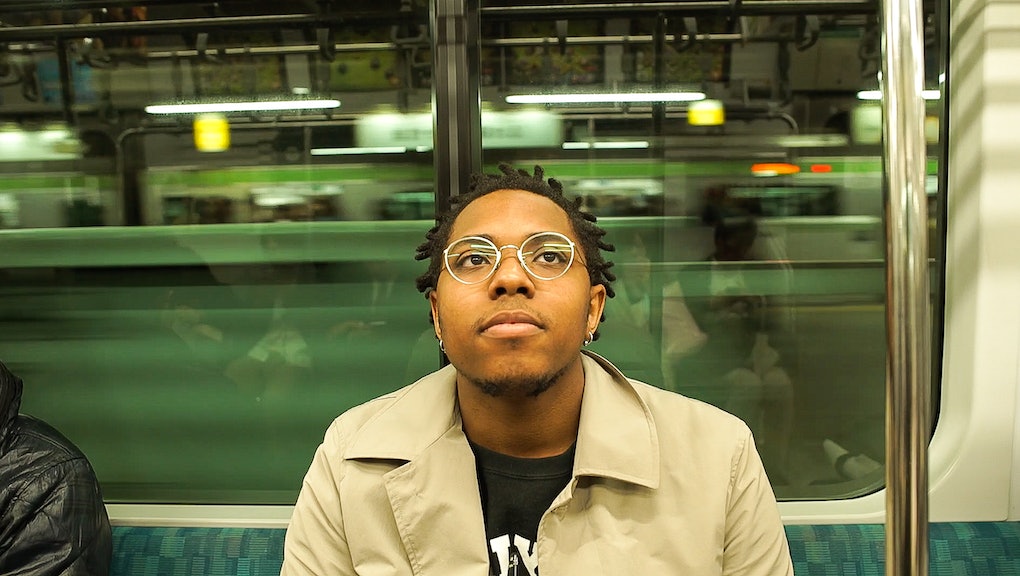 Filmmaker Amarachi Nwosu explores beauty and being black in Tokyo

In Japan the concept of bihaku, which translates to beautifully white, is so culturally ubiquitous it has become an accepted standard. Where in the United States, Europe, the Caribbean and on the African continent, the conversation about skin bleaching is often part of larger a dialogue about race, in Japan, bihaku bears no negative connotation.

“There is no stigma attached to skin whitening in Japan. The usage of bihaku products is the norm, as common as toothpaste,” Tokyo-based beauty blogger Alyssa Kerr told The Business of Fashion last month.

The complicated perception of blackness in Japan, and its relation to global standards of beauty, fascinated photojournalist and filmmaker Amarachi Nwosu. This, coupled with her own experiences as a Nigerian-American temporarily residing in Tokyo, partially inspired her new documentary, Black In Tokyo.

Unlike in other countries where the desire for fairer skin is a more contemporary preference rooted in the aftershocks of colonialism, Japan’s obsession with whiteness transcends generations, and has been a historical preference long before it came under the microscope of American media. For centuries, luminous white skin has been associated with nobility, class status and quality of life.

A study conducted in 2002 found that half of Asians aged 25-34 not only used skin lightening products, but believed that doing so improved their appearance and life prospects. Perhaps in past centuries fairer skin would have been indicative of a specific quality of life — to be pale would mean being wealthy enough not to toil in the sun as a field laborer — but in 2017, attaching such a notion to skin complexion only reinforces harmful global stereotypes about the societal value (or lack thereof) of dark-skinned people.

And while Japan’s preference for fair skin may be rooted in a history older than colonization or cut-and-dry colorism, that still doesn’t insulate mixed race and darker-skinned people from feeling othered.

In 2015, when Ariana Miyamoto was crowned the first half-black Miss Universe Japan, her win was punctuated by a slew of racially charged comments. Some felt that being biracial somehow made her less Japanese, while others simply felt she was too dark to be conventionally attractive. Miyamoto, who lost a biracial friend to suicide as a teen, recounted some of the racism she experienced as a child to Al Jazeera. The beauty queen shared that she was called kuronbo (a word for a black person that has roughly the same connotation as the N-word in America), and had other children refuse to touch her or swim in the same pool as her for fear her complexion (it’s worth it to note that Miyamoto would be considered fair-skinned or racially ambiguous by American standards), would rub off on them.

“I noticed it was rare to see black women represented as beautiful in media there,” Nwosu explained in an interview with Mic. “The representation I did see was really based on the people I chose to keep around me. I started making an effort to create my own representations of the beauty I saw in my friend groups and around the city. On rare occasions I would also see models of color in fashion magazines or in a campaign for a big brand like H&M or Gap, but that wasn’t often and it was very rare they were dark skinned.”

Nwosu found that the lack of representation she encountered in Tokyo was not dissimilar from the issues that still plague the fashion and beauty industry’s stateside. However, given Japan’s deeply insular and statistically homogenous nature, unlike in America, the lack of nuanced diversity in media seems more conditional than aggressively rejective.

As Bloomberg pointed out this April, Japan’s government expects the country’s population to fall by a third by 2065. To stave off this decline and maintain the current population, Japan would need to open its border to more than half a million immigrants per year, a practice the country has traditionally been leery of.

Yet even as the country looks inward, creating its own standards of beauty and representation, the deification of European features, and with it the simultaneous commodification and abhorrence of blackness that exists in America, has somehow still managed to permeate. “I think American perceptions of black people play a major role in Japan,” Nwosu shared.

“Not only because of America’s influence there historically and politically, but also through Hollywood and the entertainment industry as a whole. Black artists in America are becoming more visible and profitable, but for a long time it was primarily white media that was most visible abroad. I think this created a further idealization of light skin and small features. The irony is that South Asian features can sometimes be closer to ‘African features,’ yet people with those features are often made invisible within their own media. Seeing that and thinking about how I was taught to define beauty really made me feel like changing global beauty perceptions about blackness would have to stem from the U.S. In a lot of senses the West still controls global visual collateral. Unfortunately, what is created here and shared abroad is not always inclusive.”

Still, Nwosu says despite sometimes struggling with simply feeling visible, she didn’t have any overtly negative experiences outside of a few curious looks and sometimes a bit of passive aggression from older people.

“What I thought was really interesting was the response I got from my natural hair.” Last year, ’60s and ’70s-facing styles were a runway trend. To encompass the look and feel of the time, many black models favored wearing their natural hair in major fashion campaigns both as a nod to a specific time in black history and as a symbol of today’s more diverse perceptions of beauty. Nwosu felt the effect of the more open-minded visual language in the frequent compliments and questions about her afro.

“The key is visibility,” Nwosu, who would frequently use the interactions started around her hair and skin to start a larger conversation about identity, said. “We need more positive narratives of black people and black beauty to make a change. That’s why I created Black In Tokyo and launched the Melanin Unscripted project. I wanted to inspire black people to travel and physically expose others to how multi-dimensional we are. Whether you’re a beauty blogger, director, writer or content creator, we all have the unique opportunity to tell our stories. I think we have to take more charge of that because we can’t wait for people who have maintained the status quo to change their minds about what makes us beautiful.”