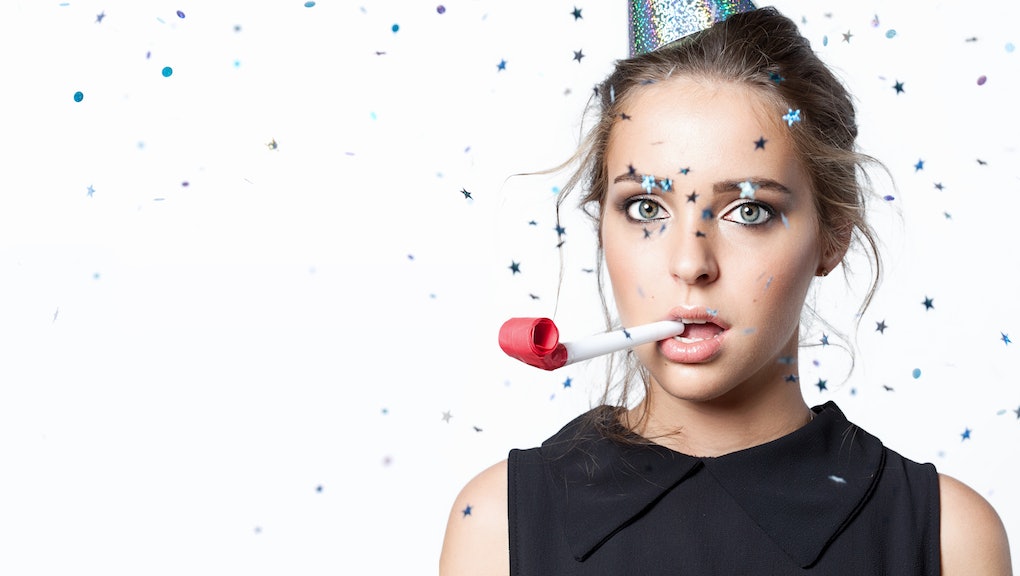 Glitter, in all its shimmery, sticky glory, is a divisive little product. Maybe you love the way it embodies a carefree, childlike joy and the way it manages to fuse itself to parts of your body you didn’t even know you had. Maybe you, like other heartless people, hate it. You might’ve even weaponized glitter to ruin someone’s day.

In the second camp, apparently, are scientists, who say that glitter — the kind you buy at craft stores — is actually really dangerous. That’s because most glitter is considered a microplastic, which ravages our marine life with carcinogens and neurotoxins.

Did you hear that? That’s the sound of a million of those party blower things going flaccid all at once.

Luckily, the United States, under former President Barack Obama, already passed legislation to ban microplastics intentionally added to “rinse-off cosmetics,” like face washes and lotions. But that only covers a fraction of the microplastics that actually end up in our oceans — which brings us back, unfortunately, to glitter.

“I think all glitter should be banned, because it’s microplastic,” Dr. Trisia Farrelly, an environmental anthropologist, told the Independent.

According to scientists like Farrelly, just because craft glitter isn’t made with the intention that it’ll wash down your drain, it still often does.

As anyone who has ever come into contact with glitter knows, scrubbing for a few minutes under the sink is usually the only way to get it off your skin. (In fact, it’s still probably stuck to your face. You might wanna check on that.) Therefore, even though craft glitter isn’t technically a “rinse-off cosmetic,” much of it probably still winds up in our oceans anyway.

Once it gets there, fish have a tendency to mistake the little plastic flecks — filled with potential carcinogens, endocrine disruptors and neurotoxins — for food. Those tiny plastic bits — and all the toxic treats they contain — can potentially worm their way through a water treatment plant, too.

“You could have glitter in the glass of water you’re drinking right now,” Sherri Mason, a chemist at the State University of New York at Fredonia told Newsweek.

Because current legislation against microplastic in the U.S. and the U.K. doesn’t include craft glitter, some people are taking matters into their own hands and choosing to forgo the use of glitter on their own.

“I’ve taken the decision to stop all my nurseries ordering any more glitter, because glitter is a microplastic, just like microbeads, which are to be banned in the U.K.,” Cheryl Hadland, managing director of Tops Day Nurseries, told daynurseries.co.uk.

In the face of potential criticism from her kids’ parents, Hadland argued that the health of the environment is important, “whereas glitter is just pretty, serving no actual purpose.” (This reporter, upon reading this quote, quietly whispered, “Same.”)

Fine, science. You win this one. No more glitter.