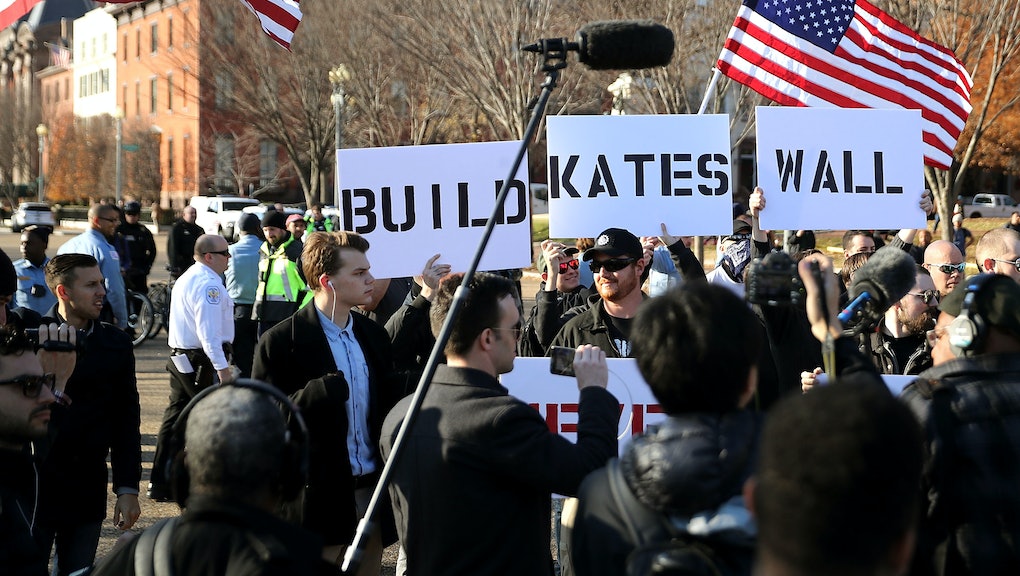 Less than a week after undocumented immigrant Jose Ines Garcia Zarate was acquitted for the 2015 shooting of Kate Steinle in San Francisco, a member of Congress is responding with a new bill taking aim at sanctuary cities — and the politicians who govern them.

If found in violation of “working to obstruct federal immigration enforcement efforts,” Rokita’s statement notes, politicians could face a punishment of five years in prison and a fine of up to $1 million.

“The American people are rightfully infuriated watching politicians put their open-borders ideology before the rule of law, and the safety of the people they represent,” Rokita said in the statement. “Politicians don’t get to pick and choose what laws to comply with.”

Those laws, the member of Congress argued, were a matter of life and death.

“Americans are dying because politicians sworn to uphold the law refuse to do so,” he said. “It’s time the federal government gets serious about enforcing immigration laws and holding politicians accountable who conspire to break them.”

Rokita’s bill comes amid the ongoing controversy surrounding Zarate’s acquittal. The undocumented immigrant who had been deported from the U.S. five times prior to the shooting was convicted on Thursday only of being a felon in possession of a firearm. He was acquitted of charges of murder, involuntary manslaughter and assault with a deadly weapon.

The ruling has reignited the ongoing debate over so-called “sanctuary cities,” which limit how local law enforcement can cooperate with federal immigration authorities regarding the detention of undocumented immigrants. San Francisco is a sanctuary city and is now being criticized by conservatives for releasing Zarate rather than turning him over to federal immigration officials prior to the shooting.

President Donald Trump called Zarate’s acquittal “disgraceful” in a tweet following the ruling, while white nationalist groups erected a memorial for Steinle in San Francisco and organized a rally at the White House, kicking off a wave of conservative backlash that’s now bolstered by Rokita’s proposed legislation.

Andrew Good, an analyst for the conservative-leaning immigration group NumbersUSA, praised the proposed legislation in an email to Mic, writing: “Sanctuary policies have been against federal law for decades, and for good reason. Rep. Rokita and others in Congress have repeatedly sought to defund these lawless jurisdictions, and now he’s introducing another approach. But the end goal is the same: ensuring appropriate cooperation between local and federal law enforcement on immigration.”

Whether or not Rokita’s bill would be legally enforceable, however, remains up for debate. A similar law at the state level in Texas, which would penalize local officials and law enforcement who don’t cooperate with federal immigration authorities, was halted by a federal district judge in August days before the law was set to go into effect.

Sanctuary cities have “become more of a polarizing political debate than [a] legal issue,” Chishti said, noting that “the only time you can penalize cities is if they willfully don’t share information with the federal government.”

Chishti also noted that courts have upheld that detainer requests from the federal government to local law enforcement are “just requests,” and are “not binding on local or state law enforcement agencies.” Because of this, Chishti said, “the only way [local officials] would definitely [be] violating the law, and that might provide a basis for arresting them” — as Rokita’s bill proposes — “is that if, in addition to a detainer, they get an order from a judge which asks them to hold a particular person.

“Short of a judicial warrant to hold a person, courts have now consistently held that detainers are just requests … they’re not binding,” Chishti explained about Rokita’s proposed bill. “And unless that law changes, we don’t know how under the present law, they could penalize individual officers for not complying with federal immigration law,”

While Rokita’s legislation would respond to Steinle’s shooting with sweeping reforms that could ultimately hurt immigrants and officials that don’t pose a threat, Chishti proposed that the more effective way to prevent undocumented immigrants who actually have committed crimes is by taking a more individual-based approach to immigration policy.

San Francisco officials released Zarate, Chishti noted, “because he did not fit the bill of certain crimes for which they would not hold someone. They did not think he was dangerous enough — he did not fill the categories of people for whom they had decided to honor the detainers. And I think in light of this murder, they should have reviewed their policy.”