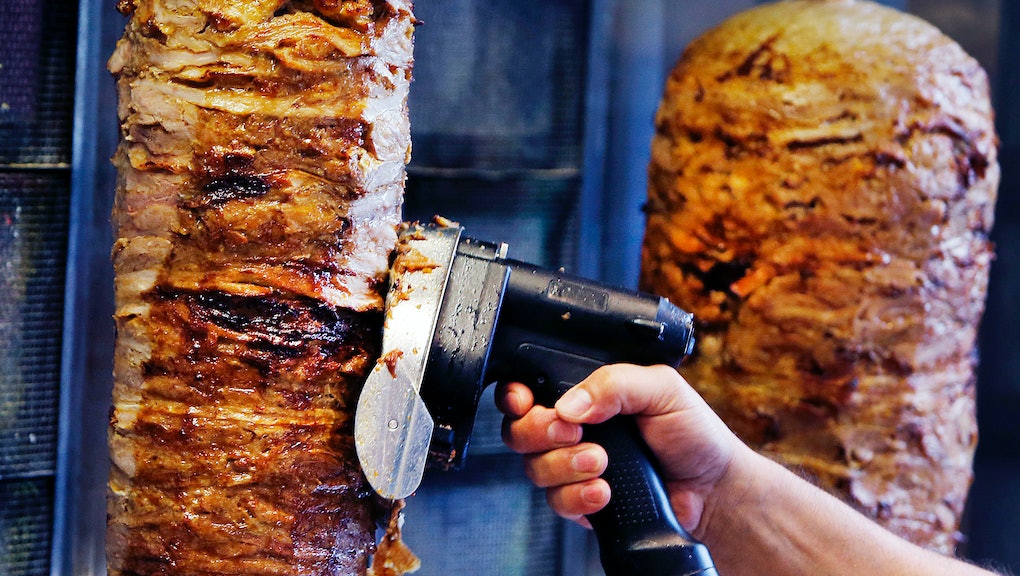 Street food could look a lot different in Europe if new legislation from the European Union’s executive commission passes.

According to the U.K. publication Metro, the EU is considering a crackdown on doner kebabs because of the phosphates in the meat, citing health concerns. The popular street food, which originated in Turkey and was reinterpreted by Germans, consists of spit-roasted meat that’s stuffed into toasted pita bread along with shredded lettuce, tomato, onion and sauce. But the doner kebabs, a popular late-night food in many European cities, could be in jeopardy if the legislation passes.

Phosphates are often used in meat production to stabilize flavors and help bind meat together. The EU previously banned phosphates in detergent; the EU is also notorious for its critical stance on food issues like GMOs.

“If the European Parliament gets its way, this would be the death sentence for the entire doner kebab industry in the European Union,” Kenan Koyuncu of the German Association of Doner Kebab Producers told Bild, a German newspaper, according to the Associated Press. The EU Parliament is scheduled to vote on the ban in roughly two weeks. If it passes, all kebab shops will have to close.

Some kebab vendors say the legislation is discriminatory because the additives in their meat are also in sausages, which would not be affected by the ban. A member of German Chancellor Angela Merkel’s conservative party wrote in a Facebook post the ban could translate to hundreds losing their jobs, the Associated Press reported.

According to the Associated Press, about 16,000 doner restaurants in Germany sell roughly 3 million sandwiches each day. In 1996, the New York Times reported that doner vendors in Germany had revenue that exceeds the country’s Burger Kings and McDonalds.

“For many Germans, the doner was their first contact with foreign culture,” Eberhard Seidel-Pielen, a social scientist in Berlin, told the New York Times. “Turks who sell doners gave them their first chance to see foreigners in a role other than refugees or asylum-seekers.”

The doner discussion in Europe is the latest in a growing crackdown on street food vendors worldwide. To improve hygiene and have less congested sidewalks, the Bangkok government told vendors in the neighborhood of Ari in December 2016 they’d need to cease doing businesses by March, Eater reported. The government later announced it would be banning vendors from certain neighborhoods and sidewalks but not all of them.

And stateside, there’s been hubbub over vendors in Los Angeles in the past year. LA is one of the only large U.S. cities where street food vendors are illegal. To protect vendors, who are often undocumented immigrants, from potential deportation, the City Council voted unanimously to decriminalized street food vending in February. But the city has yet to put that legislation into action, the Los Angeles Times wrote in an editorial published in August.