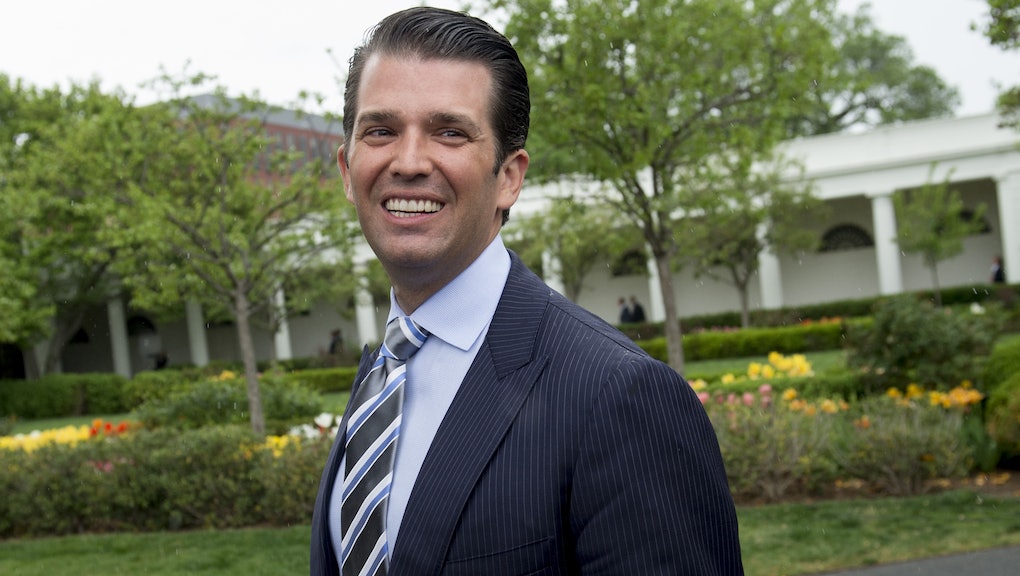 Donald Trump Jr. cited “attorney-client privilege” as the reason why he couldn’t answer questions about a conversation he had with his father, President Donald Trump, about the now-infamous Trump Tower meeting in which Trump Jr. sought damaging information from Russians about Hillary Clinton.

Trump Jr. made the claim Wednesday during a seven-hour closed-door questioning session with the House Intelligence Committee, which was seeking information about his communications with Russians during the 2016 presidential campaign.

The problem? Neither Trump nor Trump Jr. is an attorney.

Trump Jr. said the conversation he had with his father was privileged because there was an attorney present when it happened.

However, that is suspect.

According to the American Bar Association, one of the largest association of lawyers in the country, attorney-client privilege only protects the essence of the communications actually had by the client and lawyer and only extends to information given for the purpose of obtaining legal representation

So the fact that a lawyer was present in the room during Trump Jr.’s conversation with his father doesn’t make the conversation privileged.

It is only privileged if Trump Jr. was directly seeking legal advice with his lawyer when he had the conversation.

“If there’s anyone other than you & your lawyer in the room, the privilege doesn’t apply,” Joyce White Vance, a former U.S. attorney under President Barack Obama, tweeted. “Bless Jr.’s heart.”

“I don’t believe you can shield communications between individuals merely by having an attorney present,” Schiff told reporters Wednesday, according to Politico. “That’s not the purpose of attorney-client privilege.”