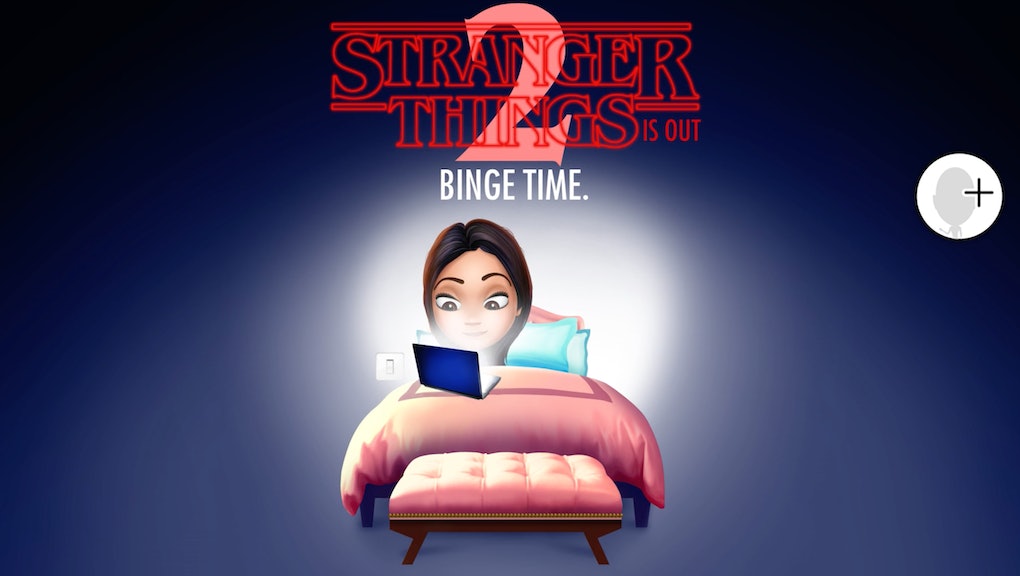 Silicon Valley has brought us a great many technological wonders that shape the way we interact with our loved ones — but not every app creator has adequate social awareness. That occasionally toxic combination leads to things like blatantly racist Snapchat and FaceApp filters and Facebook’s categorization of a Pulitzer-winning Vietnam War photograph as child pornography.

Enter Genies, a brand-new app whose creator, Akash Nigam, claims will make Bitmoji — the avatar app that lets you send goofy, comic-like messages to your friends — “obsolete.” In Genies, like Bitmoji, you create a facsimile of yourself that gets plopped into various scenes and scenarios you can send to your friends. Genies’ scenes, however, are updated daily, and are often tied to whatever’s going on in the news.

For example, a quick trailer on Vimeo shows a user’s avatar riding one of Elon Musk’s SpaceX rockets and another sitting in bed with their laptop to celebrate the release of Stranger Things’ second season. The idea is that each scene will have a link to an actual news article users can click on if they want to read up on what’s going on.

Yes, that is an actual example of an actual scenario Nigam pitched as a fun, kooky way for Genies to make the news “interesting and shareable.”

Another Genies creation TechCrunch’s Josh Constine noticed is a scene in which your avatar can “take a knee” to get out of a pop quiz at school. This, of course, references the protest started by NFL player Colin Kaepernick, who in 2016 began kneeling during the national anthem as a form of peaceful protest against endemic police violence and anti-black racism.

Not all of Genies’ scenes are that tasteless, though. Constine referenced another scene that directed users to a Newsweek article about how to donate blood in the wake of the Las Vegas shooting. That setting’s efficacy, of course, would depend entirely on how it’s staged.

Nigam told CNN his company “will be careful with how it portrays sensitive news events” — and, to its credit, Genies has a team of human editors who make sure its scenes are factually accurate before they’re pushed out to users. Of course, given the #TakeAKnee example was deemed acceptable for Constine to check out, Genies might need to tighten up those hinges a bit.

Otherwise, the countdown to a troublingly problematic Genies scene is likely not too far off. That’s not to say Genies won’t be a fun and effective tool for getting younger people interested in newsworthy events, but incredibly smart, careful choices will need to be made to avoid a major gaffe.

Let’s just hope Nigam — and his ideas for wacky scenes about nuclear warfare that could potentially result in the deaths of millions of people — remain far away from the editorial process once things get rolling.

Genies is available for free on iOS and Android.