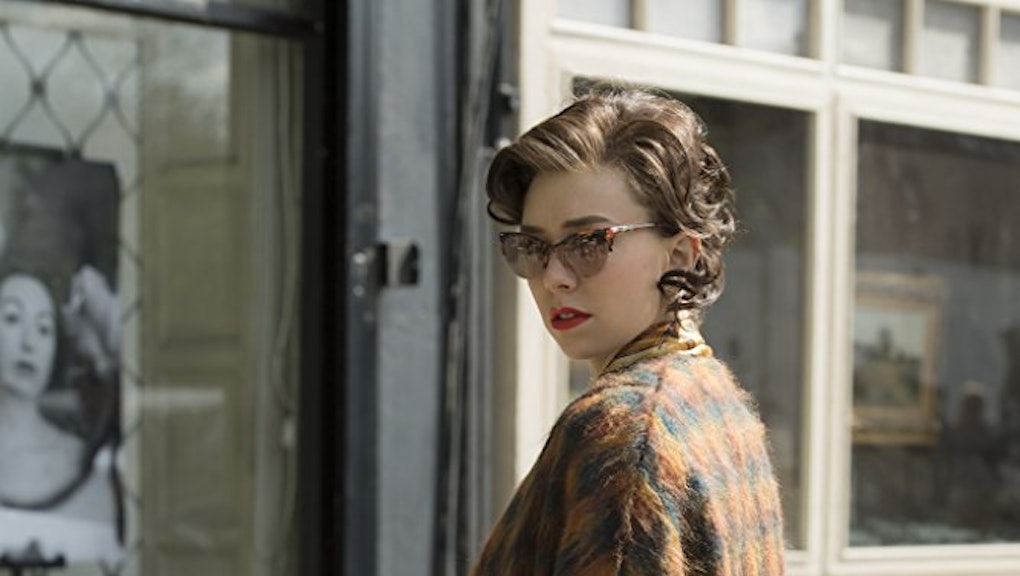 An icon in the wings: How Margaret from ‘The Crown’ became a style icon

If you’ve caught even the slightest glimpse of Princess Margaret (played by Vanessa Kirby) on the second season of Netflix’s The Crown, you know she’s gone through a bit of a style overhaul.

Blame the show’s new time period: the late ’50s and ’60s, when everything from hair to clothes came with a new kind of flair. That’s not to say Margaret ever dressed poorly; she’s a princess, of course, rocking only the best fashion her country’s got to offer.

It’s just that compared to the show’s first season, Margaret’s wardrobe has transformed from modest, highly feminine, preppy and tweed-filled to sultry and slick, with sparkle and texture. Let’s demonstrate:

With cat-eye glasses, a new ‘do courtesy of the legendary Vidal Sassoon and an affection for bold colors and patterns, Margaret is looking less like a standard princess and more like Britain’s version of Barbra Streisand.

For a show so overflowing with pizzazz and luxury, Margaret’s style is a reminder of the changing times in which members of the royal family found themselves in the ’60s.

While Elizabeth, Margaret’s sister and the queen, sticks to a mostly modest, structured, ’50s styling that helps her appear more mature than she actually is — she’s in her mid-30s by season two’s end — Margaret is the one whose style is relaxing and evolving with the times.

A bit of a glamourpuss, if you will.

She’s not nearly as covered up, either.

It’s a thrilling thing to focus on in the show, with Margaret regularly offering us dresses, gloves and coats — the coats! — we’d flip over if we saw them in a store today.

She also has a selection of dramatic robes we’d kill for.

Toward season two’s end (spoiler alert!), after Margaret’s engagement and subsequent marriage to photographer Antony Armstrong-Jones, the princess’ wardrobe becomes even more colorful, with reds, blues, golds and even some pink.

And that’s kind of where we leave Margaret, style-wise, as she’s easing into the ’60s and letting every bit of it show — from the bright colors and the patterns to the embellishments and more voluminous silhouettes.

The Crown’s third season will have a new actress playing Margaret (and new portrayers for the other characters, too, unfortunately) as time rushes forward, but we hope Margaret remains as iconic as she stands now, bouffant and all.