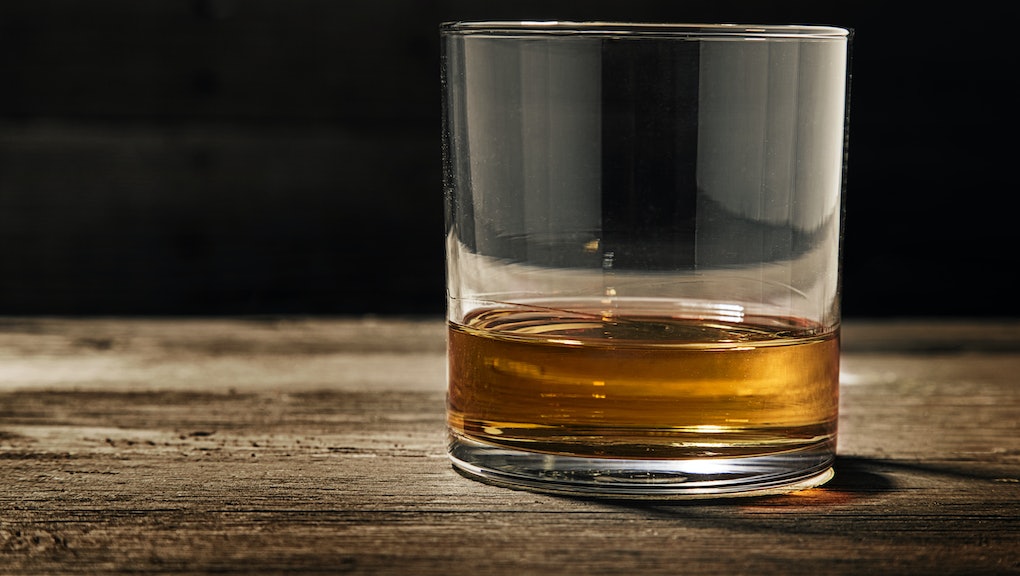 There’s a bonafide pretentiousness associated with the culture of whiskey drinking. So it shouldn’t be entirely surprising that two entrepreneurs are selling a special water devised to release “all of the flavor and aroma nuances of your favorite bourbon.”

One plastic liter of Kentucky’s finest water, Old Limestone Mixing Water — “the official companion of Kentucky Bourbon” — retails for $9.87. The product was first launched by friends Barry Gluck and Doug Keeney in 2014 after Keeney did some research into making the spirit more palatable. The pair learned that in the pre-Prohibition era, Southerners would cut their bourbon with “branch water,” water that was taken from the streams that branched out from Kentucky aquifers. The water “took away the bite that is so harsh in whiskey and bourbon when you take it straight,” Gluck said in a phone interview.

There’s some science to the old-timey tradition, it turns out. A 2017 study published in the journal Scientific Reports found that diluting whiskey with water changes the molecular chemistry of the drink. Guaiacol, the molecule that gives certain whiskeys a smokey taste, rises to the surface when whiskey is diluted, supposedly improving the taste.

“When whiskey is diluted, the alcohol is driven to the surface, and many of the taste molecules follow it because they like to be in a slightly less aqueous environment,” Ran Friedman, the study co-author, told CNN. “The taste that we experience is therefore enhanced — but there’s a limit. If we dilute the whisky too much, the concentration of the taste compounds is reduced and the drink will be meager.”

While the study doesn’t point to any specific type of water, Old Limestone Mixing Water is premium, its founders insist, because it is naturally iron-free. Gluck said since Kentucky aquifers all sit on beds of limestone, 95% of all bourbons in the world are produced in the state. “You need iron-free water to make whiskey,” Gluck explained. “If you use tap or mineral it turns the mash black, and it taints the flavor and almost sours it.” The limestone has a filtering effect on the water, removing the iron completely.

Kentucky’s water does contain trace amounts of calcium and magnesium, which cause the “molecules to be heavier and lay on your tongue, elevating your tastebuds,” Gluck said. Some bourbon drinkers tend to first hold the drink on their tongues before swallowing, and the addition of the limestone-filtered water gives the booze a “more robust, smooth, velvety flavor,” according to Gluck.

It’s hard not to recall Anthony Bourdain’s feelings about bro culture and drinking when reading the inarguably verbose six-step methodology from Kentucky Limestone.

As Bourdain previously told Mic, “The idea of a bunch of high-fiving white guys with ties and their jackets off talking about scotch — that’s not the way to enjoy a fine whiskey to me.”

And what about tap water? Would it really be so sinful to dilute a glass of high-end bourbon with something from the sink? “Putting tap water in your bourbon is like mixing two different kinds of wine,” Gluck said. “Over time I’m sure you could get used to the flavor, but it’s not what it’s intended to be, and you lose some of the flavor.”

“You need iron-free water to make whiskey. If you use tap or mineral it turns the mash black, and it taints the flavor and almost sours it.”

Maybe there’s something to this water science after all.