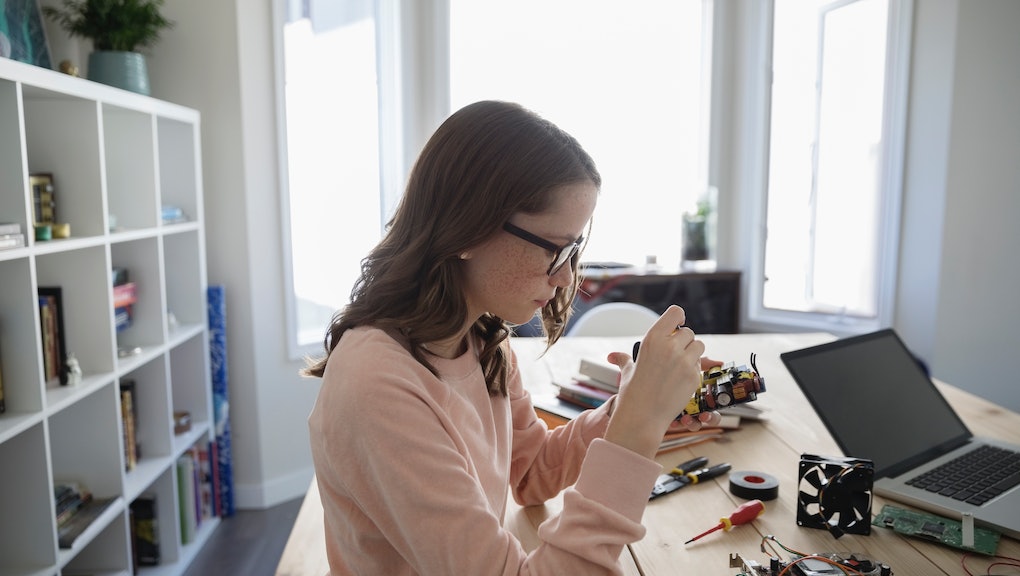 How makers democratize the manufacturing industry

The maker movement — a term used for independent inventors, designers and tinkerers — is helping reimagine the idea of the “factory” that many of us once knew.

As new technologies and tools, like 3-D printers and social media platforms, galvanize an era of technologists of all stripes, established businesses are tapping into these nontraditional creators to open up the manufacturing process to fresh talent. Through creative collaboration and crowdsourcing, the maker movement is, in a sense, democratizing the manufacturing industry.

For example, engineering companies are finding ways to tap into the maker movement to help solve real challenges in areas like aerospace, civil and industrial engineering. Luke Haylock, a global aerospace technologist at tech, engineering and advanced manufacturer Arconic, believes both individuals and industries can benefit from community-oriented maker initiatives.

Haylock has been exploring the idea of combining “the speed of concept generation and innovation inherent in the makerspace and crowdsourcing” with established methods of manufacturing.

Through a recent crowdsourcing campaign, Arconic was able to “tap into the knowledge base of people from different cultures and a variety of industries,” Haylock said.

The campaign challenged the public to create an aircraft component in return for a cash reward, attracting over 300 entrants. Not only was the number of entries much higher than Haylock expected, the wide array of backgrounds spoke to the true benefit of tapping into the maker movement. “We had one person who was a sculptor, one who was a woodworker, one who came from an automotive racing background,” Haylock recalled. Entrants from outside industries provided unique perspectives that allowed the company to view the product through a new lens.

Arconic was inspired by companies like Hyperloop and Local Motors, both of which have incorporated different crowdsourcing techniques in their product development processes, Haylock said.

When individuals across the globe — and workers across industries — are given the opportunity to contribute to and revise manufacturing processes, power dynamics shift and people are empowered to create.

Regarding new employment opportunities, Kahlil Blount, a financial professional in the aerospace manufacturing industry, sees a promising future for makers in STEM fields.

“With the new wave of innovation around small-scale manufacturing, I really see career opportunities opening up in places we haven’t seen before,” Blount said. He predicts continued growth in demand for makers with STEM skills in all industries.

Haylock says Arconic is also expanding its manufacturing activities by working with engineering students at local universities to help develop products that will go to market. “Instead of working on hypothetical products, they get a concrete challenge that will turn into something real,” he said.

Dan O’Sullivan, associate dean for emerging media at NYU’s Tisch School of the Arts, offers a different context for the maker movement. “The creativity of the maker movement shows that there is infinite work to be done in providing meaning, expression and individuality to people,” he said, drawing parallels to the earliest days of 20th-century manufacturing.

“When Henry Ford was creating a previous disruption in manufacturing, there was one color and type of car. Now your choice of car is an important way you express yourself,” O’Sullivan said. “The new possibilities you see now in makerspaces will allow customization to move from your choice to your creation of car.”

“[STEM tools are] allowing people to be hands-on in the ideation and creation of some very unique products that are changing the way we [live],” Blount said. When makers have access to these tools, whether in makerspaces or factories, they’re given the opportunity to participate in the growth of an industry.

As makers and traditional manufacturers continue to converge, the scale and scope of production could become even more fluid and adaptable to meet changes in demand. And with the already rapid speed of technological advancement promising to accelerate in the next decade, the maker movement’s disruption and democratization of the traditional manufacturing model may be the next evolution of the industry.