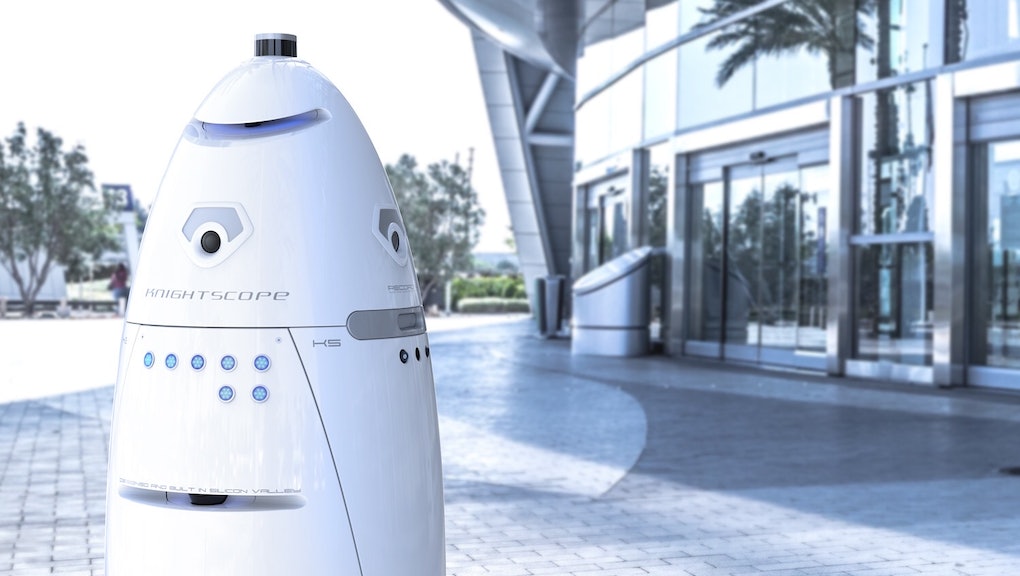 There are now robots chasing away homeless people in San Francisco

Tech continues to push San Francisco residents out of their city. Now it’s getting even more serious.

A company called Knightscope has created a security robot that’s being used to push homeless people away from the campuses of certain companies offices. As reported by San Francisco Business Times, the Society for Prevention of Cruelty of Animals (SPCA) office in San Francisco was using the robots to deter homeless people from setting up camp around its parking lots and sidewalks. Other companies besides the animal shelter, such as Microsoft and Uber, rent out the robots for use on their campuses as well. As Popular Science notes, the bots can be rented out for less than minimum wage.

Sam Dodge of San Francisco Public Works recorded a video of the security robot and posted it to Twitter. Check it out below.

In a response sent to Mic, the SPCA responded to the matter saying, “Many staff members and volunteers have filed complaints about damage to cars and harassment they experienced in our parking lot when leaving work after dark. The security robot that we’ve been using on pilot basis has been very effective at deterring these criminal incidents.” The animal shelter group says they’ve since removed the robots from their campus’s sidewalks. In their parking lots the robots continue to patrol the area to prevent car break-ins.

San Francisco’s elite class has not been subtle about displacing the city’s residents. Many have noted San Francisco’s rising cost of housing, with prices driven by the growth of tech companies such as Google and Facebook. Thanks to an average salary at big tech companies hovering around six figures, people working in tech can more easily afford the high costs when employers provide amenities like free laundry, transportation, food and fitness equipment.

Tensions related to displacement manifest in smaller ways too. A video surfaced in 2014 of Dropbox employees trying to push locals out of the park the adults usually use for soccer. The employees claimed they had reserved the park via an app for $27. To those whoe grew up in the community, Dropbox paying to reserve the park was odd, as they all could have played on the field together. To the tech workers, they had reserved the park for themselves and the altercation was “awkward and disastrously weird.”

While the SPCA may not be a tech company, its use of Knightscope’s robot to treat homeless people as “other” widens the separation between the haves and have-nots. The animal shelter’s robot does little to address the serious issue that is homelessness in San Francisco but, instead, dusts it under the rug. Surprising, from the one company many would expect not to treat humans like animals.