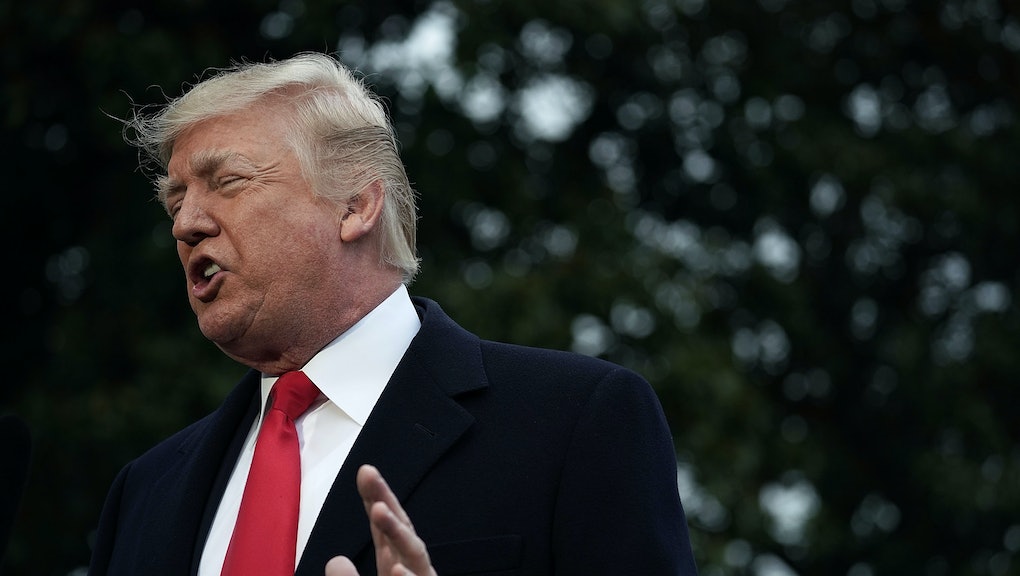 Trump is the most unpopular first-year president in history. But that’s not even the bad news.

First comes the latest round of polling showing that Trump is the most unpopular president on record.

Just 32% of respondents to a new Associated Press-NORC poll said they approved of the job Trump is doing as president, while an overwhelming 67% they disapproved.

Among those who don’t think the president is doing a good job, more than half say they “strongly disapprove” of his work.

The poll — conducted earlier this month — also suggests that nearly 70% of Americans believe the United States is “heading in the wrong direction.”

Trump’s base continues to weaken

But as his first year in office draws to a close, he also appears to be losing his base.

A Suffolk University poll released this week suggests Trump’s once strong popularity among Fox News viewers like himself is plunging.

According to the December poll, just 58% of respondents who cite Fox as their most trusted news source view Trump favorably. As Republican consultant Adrian Gray noted, that’s down from a whopping 90% favorability rating six months ago and 74% in October.

Trump is known for his prodigious Fox News viewing habits and frequently tweets about what he sees on the network’s programming, particularly the show Fox and Friends.

The network has also been known to be friendly toward Trump and its biggest star — Sean Hannity — is among the president’s confidantes.

But his first year in office has been mired in chaos, marked by struggles to keep his campaign promises, petty feuds and the steady drumbeat of special counsel Robert Mueller’s Russia investigation.

The president’s remarkable unpopularity seems to be reflected in his apparent lack of political clout, which was demonstrated recently when he backed not one but two losing candidates in the Alabama special election and lost a proxy election in Virginia back in November.

He appears to be headed for his first legislative victory with the massive tax reform plan that Republicans are pushing through Congress — but that may not win him many admirers.

According to the AP-NORC poll released this week, 66% of voters disapprove of his handling of taxes — and 84% don’t like the job the Republican-controlled congress is doing, either.