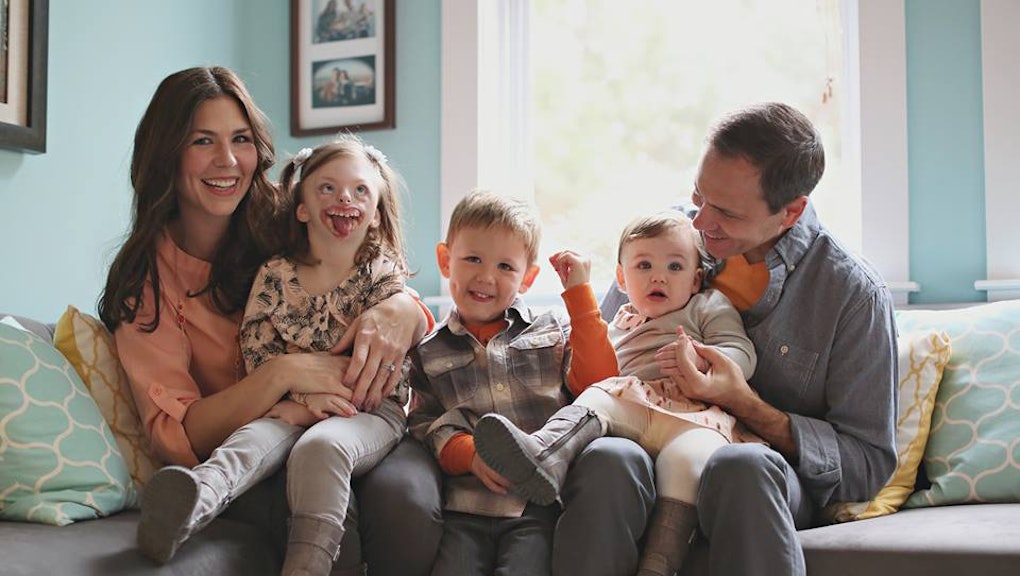 “Sophia makes me proud because she is such a positive spirit and, despite what she goes through and has been through, she still laughs and she still loves,” Weaver told Mic.

Sophia was born with a rare neurological disorder called Rett syndrome. According to Rettsyndrome.org, an organization devoted to understanding the condition, it severely impairs the ability to eat, speak, walk and breathe in those who have it.

Sophia’s mother said it was like having a daughter who was trapped inside of her own body.

“She understands everything going on around her, but she is unable to talk, walk and do things for herself,” Weaver said.

It’s Sophia’s rare condition, which necessitates costly medical treatments in order to ensure her survival, that galvanized Weaver to fight against the GOP tax plan on behalf of all people with disabilities. The plan, which eviscerates the individual mandate instated by the Affordable Care Act, will likely raise health care premiums by 10% a year, according to a non-partisan analysis of the Senate’s tax plan from the Congressional Budget Office.

“The proposed tax bill feels like a personal attack on my daughter’s life,” Weaver said.

Meet Natalie and Sophia in an exclusive op-ed for Mic ahead of the Congressional vote on the Republican tax plan — and find out how you can take action to protect the lives of millions of Americans like Sophia.