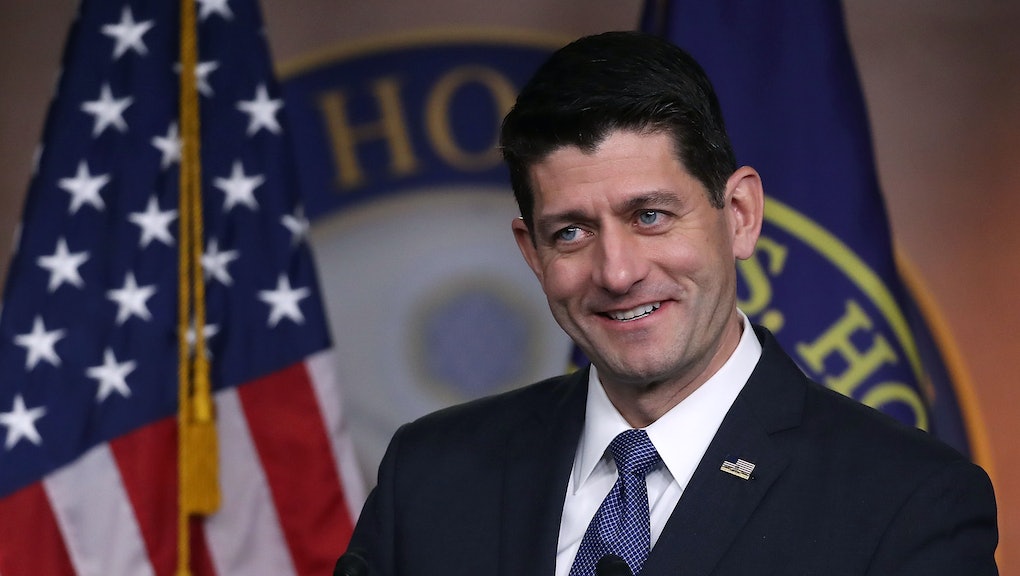 But how is a tax bill — which polls show is hovering around an abysmal 30% approval rating — this close to passage?

Look no further than a handful of Republican senators.

Initially, the same few Republican senators who helped sink the GOP effort to repeal and replace the Affordable Care Act earlier this year were also not sold on the tax reform plan.

For example, Sen. Lisa Murkowski (R-Alaska) — one of the three Republicans who voted against the ACA repeal bill that failed over the summer — seemed like a possible “no” vote, given that the bill repeals the ACA’s individual mandate.

Repealing the individual mandate will cause insurance premiums to rise, and could cause 13 million people to lose their insurance, according to the non-partisan Congressional Budget Office. Those kinds of numbers led to Murkowski’s “no” vote against the so-called “skinny” ACA repeal.

However Murkowski is supporting the tax bill because it now allows oil drilling in the Arctic National Wildlife Refuge — a provision Murkowski wrote and has wanted to see pass for years.

Corker was the only Senate Republican to vote against the first version of the Senate tax plan, saying he could not vote for legislation that would add to the deficit.

“I wanted to get to yes,” Corker said in a Dec. 1 statement explaining why he voted against the GOP Senate’s initial tax plan. “But at the end of the day, I am not able to cast aside my fiscal concerns and vote for legislation that I believe, based on the information I currently have, could deepen the debt burden on future generations.”

However, Corker is now planning to vote for the amended tax plan, despite the fact that the new version still ads more than $1 trillion to the deficit.

“After great thought and consideration, I believe that this once-in-a-generation opportunity to make U.S. businesses domestically more productive and internationally more competitive is one w should not miss,” Corker said in a statement.

And Sen. Susan Collins (R-Maine) — who, like Murkowski, voted against the ACA repeal because it would raise insurance premiums and cause millions to lose insurance coverage — announced on Monday that she, too, is voting for the tax bill, despite the fact that it has the individual mandate repeal.

Collins sought to justify her vote in a speech on the Senate floor, saying she is “concerned about the inclusion of the repeal of the individual mandate,” but said she will now push for passing legislation that shores up the ACA insurance markets.

With those three Republican senators voting yes on the bill, it’s virtually assured to make it through the Senate.

In the House, just 13 Republicans voted against the first version of the tax bill. That was far short of the more than 20 “no” votes needed to sink the plan.

And on Monday, one of those 13 Republicans who initially voted no, Rep. Tom McClintock (R-Calif.), announced he is now voting for the amended version.

Republicans hope that passing this bill will improve their chances in the 2018 midterm elections.

However a number of polls taken in recent days have found that less than a third of voters back the plan, with majorities believing the bill favors the rich.

That makes it unlikely that the tax plan will help Republicans at all at the ballot box next November.